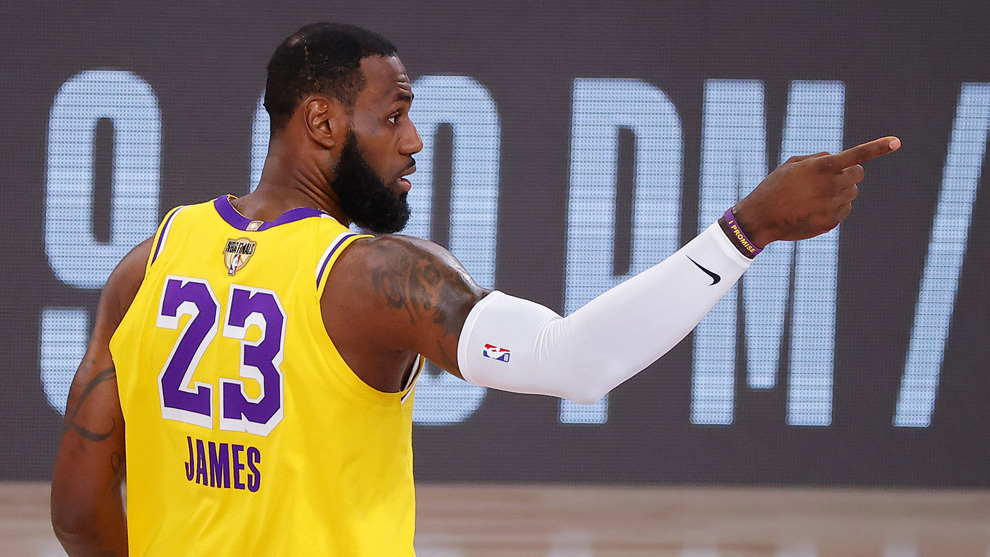 The Los Angeles Lakers now have a 3-1 lead over the Miami Heat in the NBA Finals, following Tuesday night’s 102-96 win in Game 4.

After 10 years of heartbreak, and in a year in which Kobe Bryant sadly passed away, the Lakers are on the verge of becoming NBA champions once again.

LeBron James stepped up in Game 4 after a disappointing end to Game 3, finishing Tuesday’s match with 28 points, 12 rebounds and eight assists, while Anthony Davis, his partner in crime, recorded 22 points, nine rebounds and four assists.

The big news coming into the game was that Bam Adebayo was going to start at the five for the Heat, who were looking to build on the momentum of their Game 3 victory.

Jimmy Butler was outstanding in that win, and he came out for Game 4 with the same mentality. Meanwhile, James was turning the ball over for the Lakers and looked visibly frustrated.

However, the Lakers’ bench came to their rescue as Kentavious Caldwell-Pope scored eight of his team’s first 10 points, while the likes of Alex Caruso and Kyle Kuzma helped them jump out to a 27-22 lead at the end of the first quarter.

The second quarter looked like it was going to go the same way, with Erik Spoelstra’s players minimising Davis’ impact on the match – he shot just seven shots in the first half.

Tyler Herro has been one of the most impressive players in this Finals, becoming the youngest player to start a Finals game in NBA history, but he was struggling to assert himself in the same way that he had done previously. Nevertheless, the Lakers went into half time with a 49-47 lead.

Then, after the break, James stepped up and scored nine straight points to put the Lakers in a more comfortable position.

The Heat never gave up, though, with just a five-point difference – 75-70 to the Lakers – separating the sides at the end of the third quarter.

Once again, this time in the fourth, the Lakers came out hot but then cooled off somewhat, with Herro hitting a shot midway through the quarter to cut their lead to 81-78.

Yet, LeBron James showed why he is one of the greatest players of all time by leading his team to victory in the final stages of the game, which sets the Lakers on course to lift the Larry O’Brien Trophy, James’ first as a Laker but fourth overall.

The question is now: will everything be decided on Friday night in Game 5, or will the Heat extend the series?