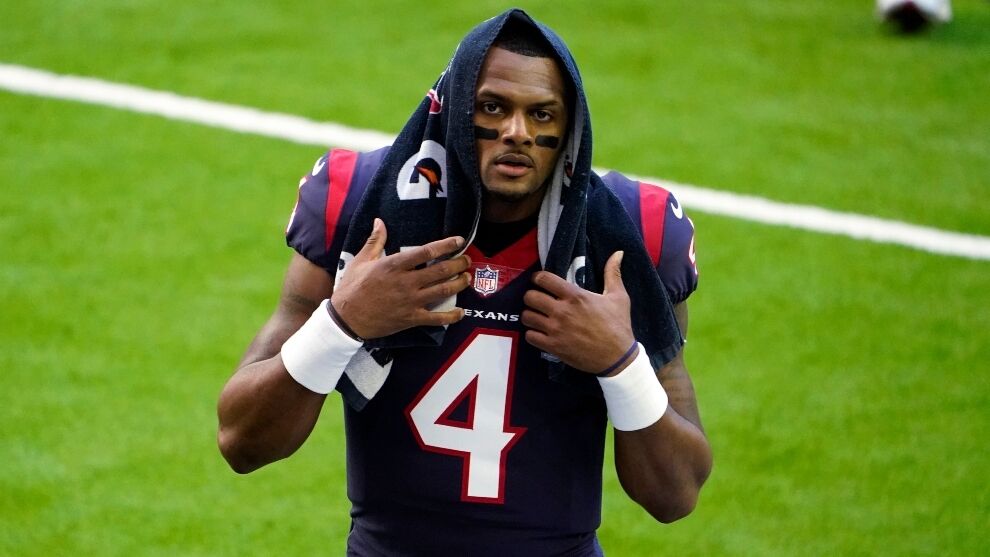 Nike have suspended their contract with Deshaun Watson over accusations of sexual assault against the Houston Texans quarterback.

This comes after more than 20 women have accused Watson of sexual assault or inappropriate behaviour.

“We are deeply worried about the worrying accusations and we have suspended Deshaun Watson,” read a statement by Nike sent to CNBC on Wednesday.

Watson earned just under 30 million dollars from the Texans last season, as well as huge sums from his sponsorship deals with Rolex and Beats by Dre.

Apart from Nike, his sponsors have not commented on the accusations against Watson.

Ashley Solis, one of the women who has come forward, revealed the personal trauma that she has undergone as a result of Watson‘s actions.

“Deshaun Watson tarnished a profession that I enjoyed enormously,” she told a press conference.

“I suffer from panic attacks, anxiety and depression.

“I am in therapy because of Deshaun Watson‘s actions.

“I hope that he knows how much emotional and physical pain he has inflicted on me.

“And I hope that he knows how much pain he has inflicted on these other survivors.”

Solis made clear that her intentions were to prevent Watson from assaulting more women.

“People say that I am doing this only for money, that is false,” she said.

“I am speaking here now so that Deshaun Watson does not assault another woman.”

0 27
Drenthe: I have seven kids with four different women and now I’m single

0 9
Emilia Romagna GP: Schedule, timetable and where to watch on TV and live stream