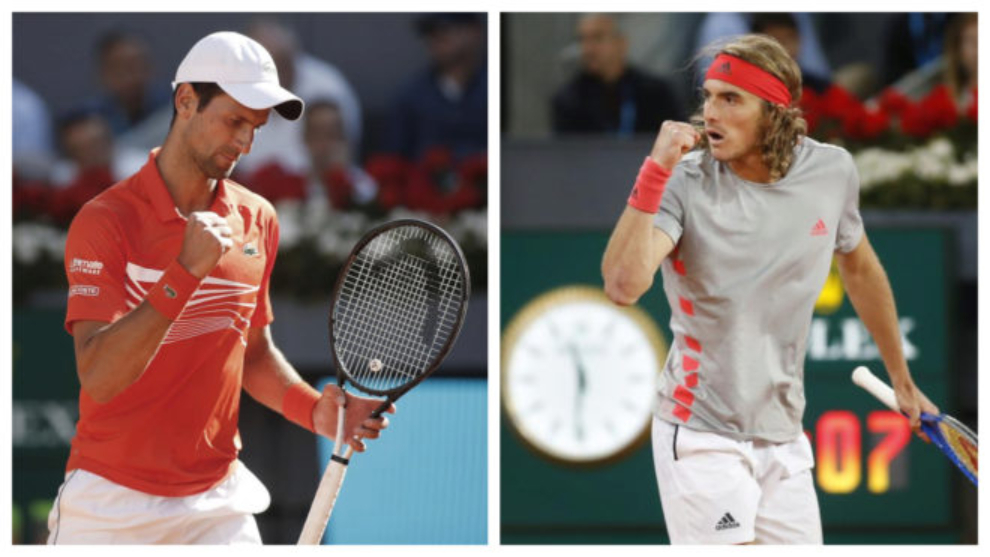 Novak Djokovic will face off against Stefanos Tsitsipas in the French Open’s semi-finals on Friday, October 9, at 17:00 CEST, with the match taking place after Rafa Nadal’s tie with Diego Schwartzman. The Serbian is the clear favourite to reach the final, however the Greek has surprised people on more than one occasion before, so it will not be an easy game for Djokovic.

Djokovic and Tsitsipas have faced off on five occasions in the past, with the 33-year-old currently having a 3-2 advantage over the 22-year-old. Of those five games, though, only one was on clay – in Madrid in 2019 – and that was a match that Djokovic went on to win 6-3, 6-4.

For Tsitsipas, he is dreaming of causing an upset and reaching his first Grand Slam final. “It’s a dream, of course… I [have] expected since a young age to potentially triumph at these Grand Slams,” he said. I’m happy that I’m able to be in a position where I am today. It’s very, very satisfying. I think I can learn from the previous [major semi-final in Australia]. I’m chasing something spectacular.”

It is clear that Djokovic has a lot of respect for his opponent, too. “[Stefanos] is one of the best players in the world,” Djokovic stated. “[He is] deservedly where he is in [the] FedEx ATP Rankings. He’s been playing the tennis of his life really in the past 12 months, winning [the] Nitto ATP Finals, just being very consistent on all surfaces with his results.”

The semi-final clash between Djokovic and Tsitsipas will be played on Friday, October 9, at the Philippe Chatrier court from 17:00 and will be broadcast on Eurosport. You can also follow the match on Radio MARCA.