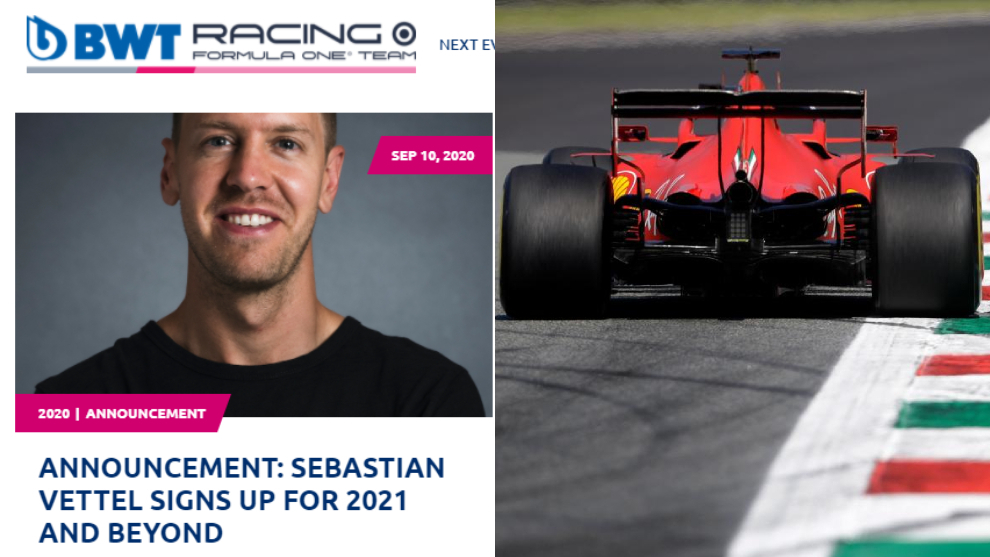 Sebastian Vettel may be leaving Ferrari at the end of this season, but the German will be staying in Formula 1.

It was announced on Thursday morning that he’ll be joining Racing Point – who will become Aston Martin in 2021 – at the end of the year.

“Ahead of Aston Martin’s long-awaited return to the Formula 1 grid in 2021, we are delighted to confirm that four-time world champion Sebastian Vettel has signed up to join the team,” a statement from the team said.

“The signing of Sebastian is a clear statement of the team’s ambition to establish itself as one of the most competitive names in the sport.

“As a four-time world champion, Sebastian brings a fresh mindset to the team.

“He is one of the most accomplished and respected drivers in world motorsport and knows what it takes to win at the highest level.”

CONFIRMED: Four-time @F1 World Champion Sebastian Vettel signs up for 2021 and beyond

Vettel will take Sergio Perez’s seat and his teammate will be Lance Stroll.

“I am extremely proud to say that I will become an Aston Martin driver in 2021,” he said.

“It’s a new adventure for me with a truly legendary car company.

“I have been impressed with the results the team have achieved this year and I believe the future looks even brighter.”

The details of the German’s contract remain vague, but the important news is that he is staying in F1.