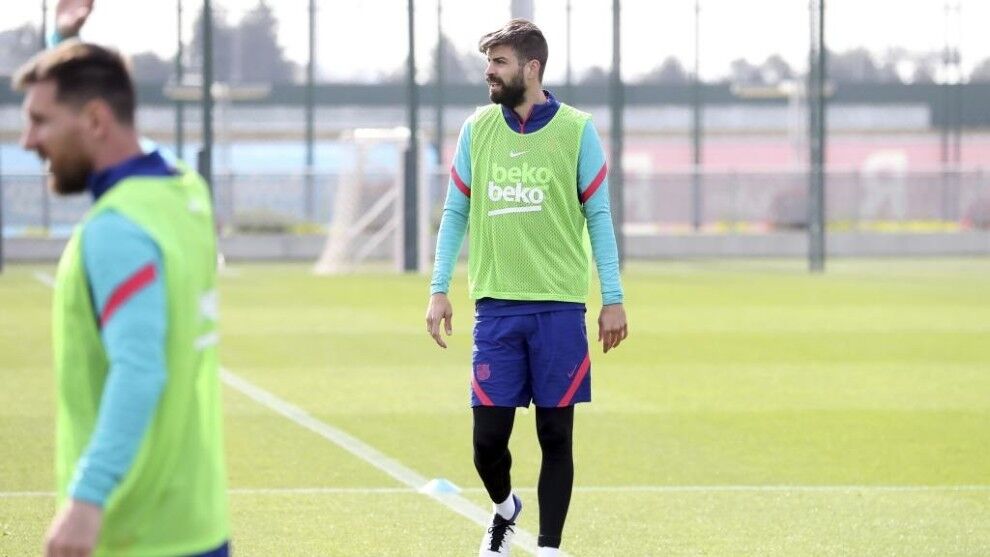 Barcelona centre-back Gerard Pique has admitted that he hopes the club can sign Borussia Dortmund striker Erling Haaland this summer.

The Blaugrana‘s finances are in a perilous position, but there is still optimism that they could lure a big-name player to the Camp Nou this summer.

“I have no idea, I hope that he comes [to Barcelona],” Pique said during a chat with YouTuber Ibai Llanos.

“The great players should be with us, but that’s a decision for the club to make. They will know.”

The 33-year-old Sergio Aguero has joined Barcelona on a free and Pique has admitted that they have a pre-existing relationship.

“I already got on well with him. For years, we’ve always been connected on social media,” he commented.

“I played the U20 World Cup against him, because we are from the same generation. Leo [Messi] speaks very well of him.”

There was talk last summer that Barcelona would try to move on the 34-year-old, but he does not intend to play for another club.

“The day I stop playing for Barcelona I will leave football, I will never go to another team,” Pique stated.

“If they don’t want me, if [Ronald] Koeman tells me I won’t stay, then that’s it. I’m only passionate about playing for Barcelona. I wouldn’t have the motivation to wear another shirt.”

Espanyol are back in LaLiga Santander after securing promotion from LaLiga SmartBank, which is something that Pique was hoping would happen.

“They are a main ingredient for the show,” he noted.

“I have hoped that they come up to Primera. It gives me pleasure to play on their pitch and to have people there.

“It’s part of the game. To play against clubs without rivalry, I prefer to have a rivalry.”

0 42
Ryan Garcia: If I have to fight Conor McGregor to prove a point, I’ll do it

0 40
Liverpool’s three-week break: When do they next play? Why are they off for so long?