Following a successful first weekend back, the Bundesliga is starting to get back into the flow of regular fixtures on a week to week basis – what a novelty. We’re in for another set of intriguing fixtures over the course of the next few days from derby clashes to relegation six-pointers, but today, we’re going to be taking a look at what should be a fascinating clash of styles between Paderborn and Hoffenheim with both sides having a lot to play for.

Being stranded at the bottom of the table at this stage in the season is hardly cause for celebration, but Paderborn will be well aware of the fact that all it takes is a surge of momentum for them to make some noise in the relegation scrap. They played out a goalless draw in their return last weekend, and while they may have only picked up a point, it’s a sign that they know they’ll have to grind out results in any way, shape or form in order to even come close to surviving.

Kilian is out of this one courtesy of a tight problem, which should allow Strohdiek to start in his place. Schonlau, Mamba, Michel and Fridjonsson are all doubts for Paderborn as their injury concerns continue to hamper them.

A 3-0 humbling at the hands of Hertha Berlin last week was a clear indication that Hoffenheim need to change things up if they’re serious about a push for the top six. While a tough run of games could be to blame for them losing steam, there’s clearly a mental aspect to their form that needs to be rectified. Firstly they need to fix their defensive issues, and this could be the perfect game for them to experiment at the back.

Belfodil is out of action following a knee operation whereas Kramaric is back in training – but an ankle issue is still bothering him. Dabbur should feature after dealing with his own knee problems whereas Adamyan, Nordtveit and Stafylidis are all set to miss out. Grillitsch, on the other hand, could be offered a place in the starting XI.

This should serve as a real opportunity for Paderborn to go straight at Hoffenheim from the word go and put them under pressure, but we don’t think that’s how it’s going to play out. We can see an overconfident Paderborn taking the visitors far too lightly, with Hoffenheim proving why their Bundesliga pedigree can come in handy from time to time. It isn’t going to be a technical masterpiece, but the drama will be.

Would leaving River Plate do Rafael Santos Borre any good?

Fri May 22 , 2020
Transfer Market Plenty of options are on the table Rafael Santos Borre’s future has been a hot topic of discussion in recent months. The forward’s name is appearing often in the press in Argentina, where he plays for River Plate, in Colombia, where he’s from, and in Spain, where he’s previously […] 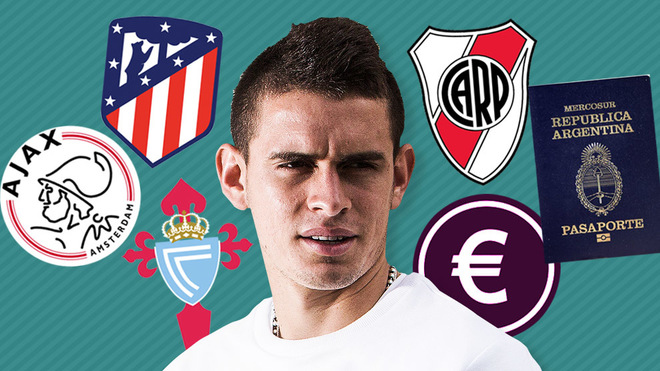