Premier League players returning from international duty could be tested upon arrival back in the UK at the airport, according to the Daily Mail.

The bubble system in England’s top tier has proven to be relatively successful in terms of keeping players clear of the virus, but mixing with their international teammates and travelling overseas is an obvious threat to that equilibrium.

Especially when you consider that different countries in different corners of the globe will have different testing methods and capacity. It would be impossible to monitor whether it’s sufficient and up to standard across the board.

As a result, as the Daily Mail report, the Premier League have decided that all players must provide a negative test result before they will be allowed to join up with their teammates for training.

Considering the relatively small window between returning from international duty and the weekend’s round of fixtures, the Daily Mail report that airport testing is now going to be used. 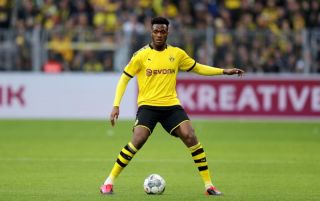 The report claims that, wherever possible, players returning from international duty will be met at the airport in order for the tests to take place and the results be provided at the earliest possible opportunity.

We’re glad that we won’t be the ones responsible for the logistics of that, but at least on paper, it seems as though it’s a good idea, in terms of both efficiency and ensuring the safety of all involved.