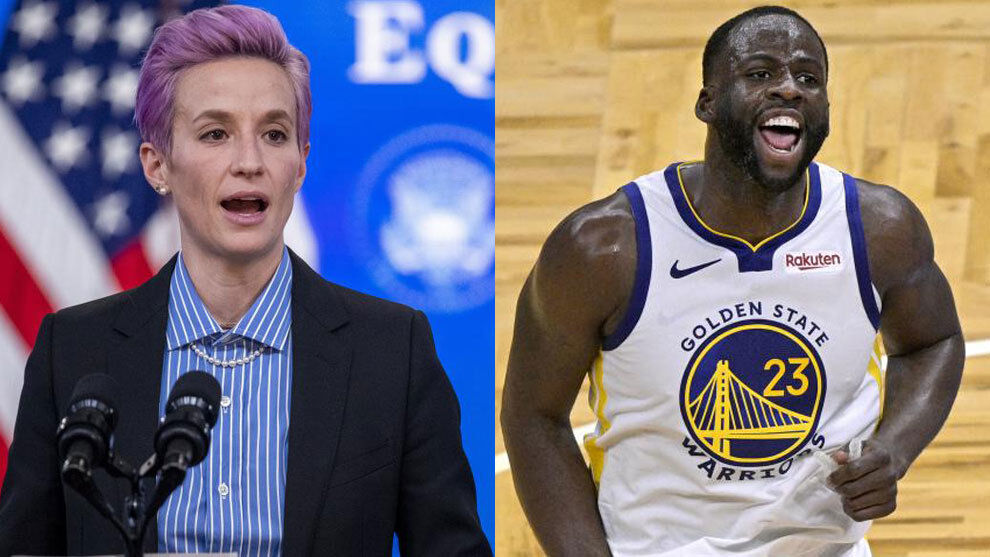 Megan Rapinoe has lamented Draymond Green‘s recent remarks on how he has grown tired of women athletes’ complaints on the matter of equal pay in the US.

After winning the 2019 World Cup, the United States women’s national football team have gone into a legal battle with the federation over pay disparity and playing conditions.

“You obviously kind of showed your whole ass in not even understanding what we all talk about all the time,” Rapinoe said in response to Green.

“You don’t think we’ve asked for more funding? What are we screaming about non-stop?

“That was really disappointing, and from someone who has such a big platform. That’s just not acceptable at all.”

What did Draymond Green say?

The Golden States Warriors power forward had claimed that women athletes should prioritise growing their game over demanding better salaries.

“I’m really tired of seeing them complain about the lack of pay, because they’re doing themselves a disservice by just complaining,” said Green.

“They’re not laying out steps that they can take to change that. It’s coming off as a complaint because the people that can change it are just going to continue to say ‘Well, the revenue isn’t there so if you don’t bring in the revenue we can’t up your pay’.

0 23
Arsenal fight back to draw at Benfica

0 36
Roger Federer has a return date