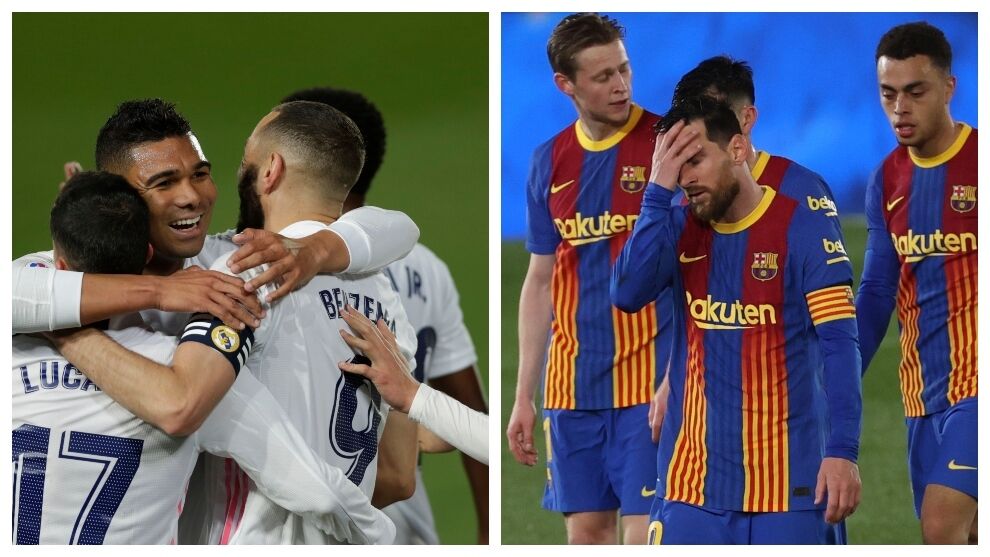 After three consecutive victories in El Clasico, Real Madrid are finally ahead of Barcelona in wins after lagging behind their great rivals for years.

Just a week before Zinedine Zidane returned to the Estadio Santiago Bernabeu as head coach, Los Blancos had lost to Barcelona in both the league and the Copa del Rey under Santiago Solari, taking the Catalan side to 96 wins in 243 Clasicos with Real Madrid on 95.

The 2-1 win at the Estadio Alfredo Di Stefano on Saturday means Real Madrid have won both of this season’s fixtures against the Azulgrana, something they’d haven’t done since the 2007/08 season under Bernd Schuster. Pep Guardiola then took charge at the Camp Nou and won the next five in a row.

Zidane‘s side are currently on a run of three victories in football’s biggest club fixture, and to find the last time they did this you have to cast your mind back to the 1977/78 campaign.

The best-ever run of Real Madrid victories was between 1962 and 1965, when they won six in a row. Barcelona‘s record came under Guardiola.

Not looking good for Barcelona

Barcelona have never won a league title in a season in which they’ve lost both Clasicos, whereas Real Madrid have won the league on eight occasions after winning both fixtures against the Catalan side.

Lionel Messi hasn’t scored against Real Madrid in his last seven outings against them: five in LaLiga Santander and two in the Copa del Rey. His last goal game on April 2, 2018.

0 42
Criticised FC: Stars who were singled out

0 23
The anti-Zidane mob cannot be understood