Real Madrid Adil Rami the latest to call for a solution 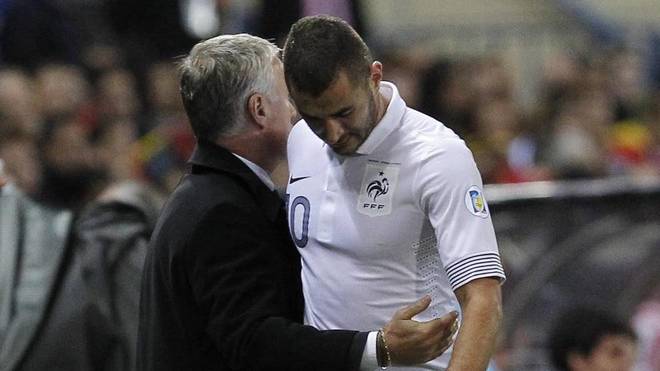 Real Madrid have 11 players currently away on international duty, which is still some way off the 16 or 17 members of the first-team squad that would represent their countries in 2014. One player who was an international six years ago but no longer is today is France’s Karim Benzema.

The likes of Cristiano Ronaldo, Gareth Bale and James Rodriguez are not at the club, while Isco and Marcelo have fallen out of favour with Spain and Brazil respectively. Although Isco and Marcelo are currently missing out due to their performances on the pitch, the reason for Benzema’s absence is very different.

The Real Madrid striker was involved in the infamous incident with Mathieu Valbuena, who accused Benzema of extortion. However, a verdict was never made in the French Supreme Court to label the 32-year-old as guilty.

In France, this case continues to be discussed as there are always voices calling for a solution. The most recent has been former Les Bleus defender Adil Rami, following France’s embarrassing 2-0 defeat at home to Finland.

Without Kylian Mbappe and Antoine Griezmann in the XI, Rami believes that Benzema would be the best solution and has invited him to apologise if necessary to France boss Didier Deschamps.

“It’s very frustrating not to have Benzema in this team,” Rami told Le Parisien.

“To say this is not to be against Olivier Giroud. We also need Giroud, because he is a goalscorer.

“But if there was a reconciliation with the coach, it would be great to see Benzema in blue again.

“It’s important for Karim to take part in some big competition. This story is too stupid.

“If you need to apologise publicly or in front of the coach, do it, Karim; think of Les Bleus.”

Things are not straightforward, however. Deschamps has not called up Benzema because he does not forgive him for an interview the striker gave to MARCA, in which he claimed that the France boss had been influenced by a racist part of France not to bring him back into the fold, despite being eligible to play after the investigation.

The fact that France went on to lift the World Cup in 2018 strengthened Deschamps’ position, yet the debate about the 32-year-old never went away, particularly given his excellent form for Real Madrid in the last couple of years.

If Deschamps is not going to give in, Benzema is not expecting a return either, however much he might want it to happen. He has never given up on playing for France again, but he has already asked for a sporting explanation from the coach as to why he has not been called up, so he understands that him not being a part of Les Bleus’ squad goes beyond his performances on the pitch.

It also seems unlikely that Benzema will follow Rami’s advice because he does not think there is anything to apologise for when it comes to Deschamps. He maintains that that he never called the coach a racist.