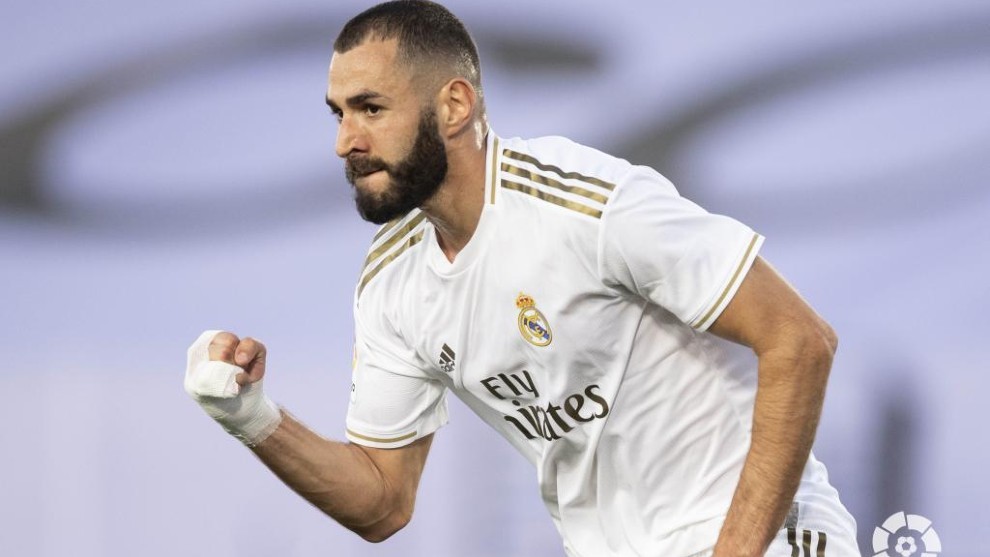 At 32 years of age, Karim Benzema is enjoying one of the best spells of his career.

The Frenchman has been at Real Madrid for over a decade and is closing in on a number of records.

We’ve looked at the possible milestones Zinedine Zidane’s No.9 could hit before he hangs up his boots.

Most appearances for a foreign player at Real Madrid: Both Benzema (513 appearances) and Marcelo (509) are chasing down Roberto Carlos’ record of 527 games in white. Michel holds the key to the top ten appearances makers at Real Madrid in total, with 559.

Top four Real Madrid scorers in history: Benzema is now the fifth top goalscorer in Real Madrid history after overtaking Ferenc Puskas and Hugo Sanchez in recent seasons. Santillana is fourth in the standings on 290 goals – 41 ahead of Benzema.

Top three Champions League scorers: Another seven goals will see Benzema overtake Raul as the third top goalscorer in Champions League history behind Cristiano Ronaldo and Lionel Messi. Robert Lewandowski is catching the Frenchman, though, and is just seven behind his total of 65.

The 700-match milestone: Benzema has played 661 club matches during his career, which means he could break the 700 barrier this coming season.

Another France call-up: Benzema has never ruled out making a return to the French national team. Despite his form for Real Madrid, a call-up in the near future looks unlikely while Didier Deschamps is still in charge.