Coach David Aznar and the rest of his staff also participated in the photo shoot along with the players and the club president.

Real Madrid Femenino were unable to achieve their fourth consecutive win after losing 2-1 to UDG Tenerife, in the seventh round of Primera Iberdrola. Their next game will take place this Sunday on home soil against Athletic Club. 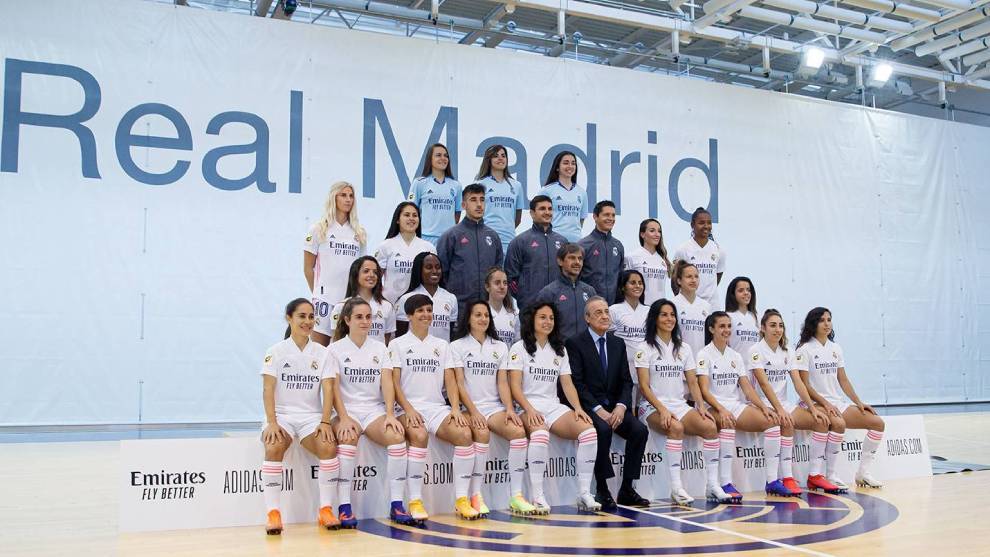 The Real Madrid president chatted with all the players and Aznar, as from the club, they have placed their confidence in the new-born women’s team.

They believe that with work, extra effort and most importantly time, the team will manage to achieve the objectives set by the club following the purchase of CD Tacon, which has been renamed to Real Madrid Femenino from this season on.