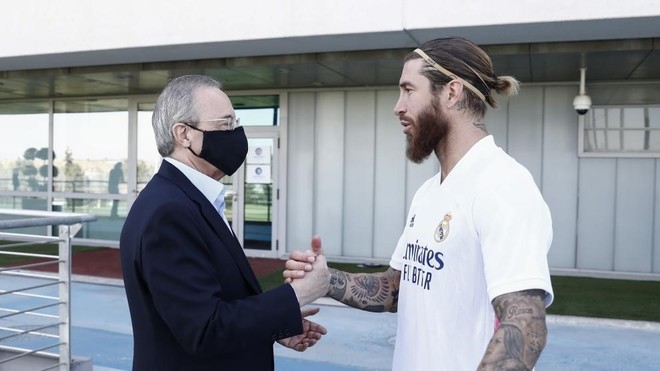 The Real Madrid president and captain share a close relationship after so many years together at the club.

Ramos was the first person to understand Florentino’s restructuring of the club earlier this year, leading negotiations with his teammates over a pay cut.

The pair have also held discussions over a new contract for the defender but, with no agreement reached as of yet, it’s no longer a priority.

Ramos knows he’ll sit down with Florentino in the coming days, but to talk about another pay cut rather than his new contract.

This latest wage reduction was inevitable as the club continues to lose matchday revenue during times of coronavirus.

Ramos has spoken out about Lionel Messi’s transfer request at Barcelona in recent days.

“He’s earned the right to decide [his future], but I’m not sure if he’s done it in the best way,” the centre-back said.

Both Real Madrid and Barcelona captains have less than a year left on their contracts, although the two cases are different.

Ramos and Florentino have planned to hold contract talks but, in the meantime, their relationship remains on excellent terms.