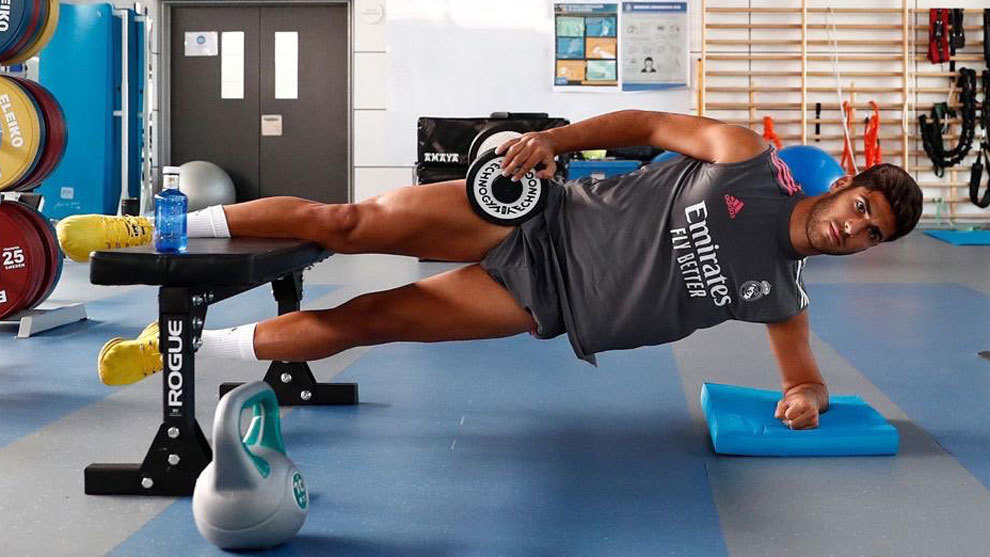 Marco Asensio underwent further tests on Monday to determine the status of his left knee.

The Real Madrid forward left the Spain camp last week after having problems with the knee that had kept him out of action for the best part of last season.

However, Monday’s MRI scan has shown there has been no recurrence of his previous injury and no serious problem in his knee.

Spain had diagnosed the problem as swelling and it doesn’t appear to be any more serious than that.

This is good news for Asensio, who will spend a few days in the gym before returning to train with his Real Madrid teammates.

To make sure his fitness as at the same level as his teammates, the Spaniard will be whipped into shape by fitness coach Gregory Dupont.

He won’t be fit for Los Blancos’ first match of the season against Real Sociedad on September 20 but Zinedine Zidane is hoping to have him available soon after that.