Real Madrid Has confidence in winger 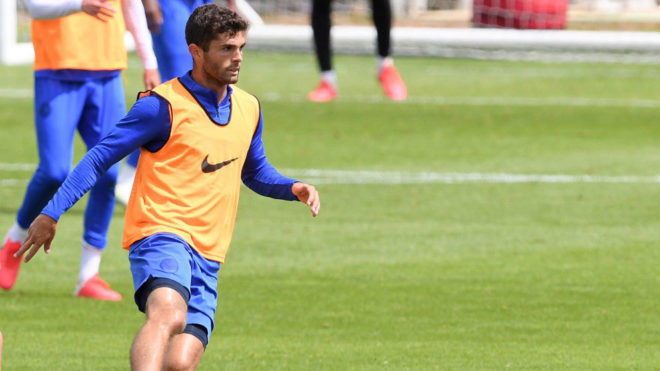 USA coach Gregg Berhalter believes that Christian Pulisic has the quality to play for either Real Madrid or Barcelona.

The American winger moved from Borussia Dortmund to Chelsea last summer and began to shine more and more as the season went on, ending the campaign with 11 goals in 34 appearances.

“At 21 years of age, he is a leader at Chelsea, it’s not usual that a player moves from the Bundesliga to the Premier League and makes an instant impact,” Berhalter told Sport Bild.

“He quickly got used to the speed and the physicality in England.

“He is a role model for other American players in the Bundesliga who want to move to the Premier League.

“If he can keep playing at this level, he could play for even bigger clubs like Bayern Munich, Barcelona or Real Madrid.

“Christian is perfect for Chelsea: all the attacking play goes through him, he’s a goalscorer and can also give assists.”