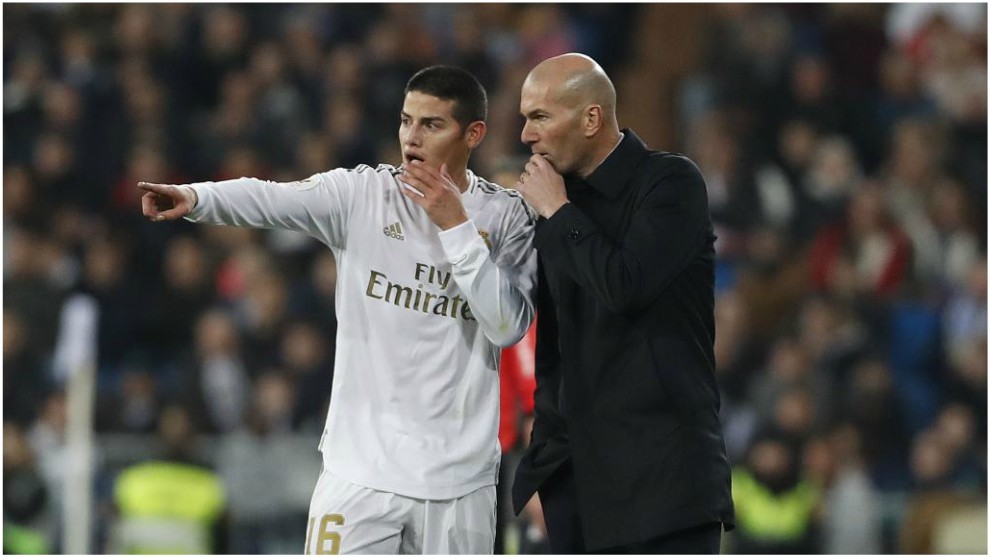 James Rodriguez’s disappointing second spell at Real Madrid has come to an end.

A year after returning to the Estadio Santiago Bernabeu following his loan at Bayern Munich, the Colombian has signed for Everton.

When the midfielder headed back to Spain last summer, there was hope that he’d be able to reproduce his best form in a white shirt. However, it didn’t work out like that.

James left Real Madrid to escape Zinedine Zidane the first time around and he returned to the club to face the same face in the dugout.

The French coach afforded the Colombia international a few opportunities in the opening months of the campaign, like against Sevilla.

Injuries halted his season in October and nothing was ever the same again afterwards.

Zidane played him in cup games, but the writing was on the wall for James going into this summer’s transfer window.

He played just 14 times all season for Los Blancos in 2019/20, with just one appearance coming in the final five months.

“I know I’m good enough to play, but not being able to because of other people is frustrating.

“If I was a bad player, I’d accept it, but I’m a person who wants to always win and play.”

In the end, James didn’t want to accept spending the final year of his contract at the Bernabeu on the bench and departed to join Carlo Ancelotti at Goodison Park.