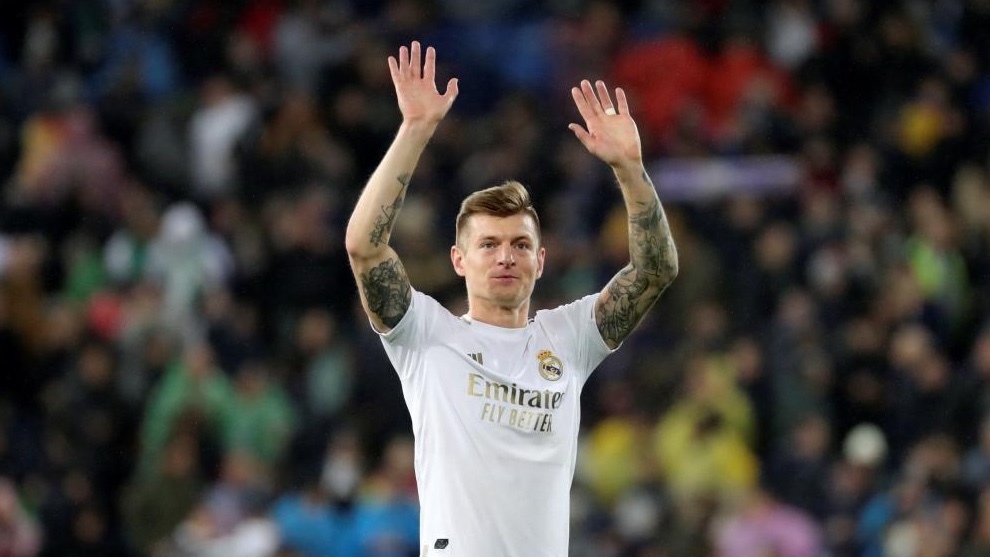 Toni Kroos has achieved so much already in his career and the three consecutive Champions League titles with Real Madrid really stand out.

He has reflected on that extraordinary run and on the transfer that took him to the Spanish capital.

“I could not reach an agreement with Bayern Munich in 2014 and then Real Madrid came in for me,” he said in an interview with Blick.

“I was lucky to come to Real Madrid as a world champion, making it clear that I wasn’t a nobody.

“But winning three consecutive Champions League titles is more than I could ever imagine.”

The German international also talked about his arrival to Spain and the problems he had with the language barrier.

“I was lucky that coach Carlo Ancelotti and some players like Gareth Bale and Cristiano Ronaldo spoke English,” he said.

“I must admit, I didn’t have any motivation to learn Spanish at first.

“I only became more fluent in the second or third season at Real Madrid.”

Kroos also had nothing but kind words to say about coach Zinedine Zidane.

“He is incredibly good at managing this group of stars, he knows all the players at eye level and has everyone playing for him,” he explained.

“He is also very good technically.”

Another question that was asked was about the possibility of Lionel Messi joining Real Madrid.

“I don’t believe that he would be able to join Real Madrid and he probably doesn’t want to come either,” Kroos concluded.