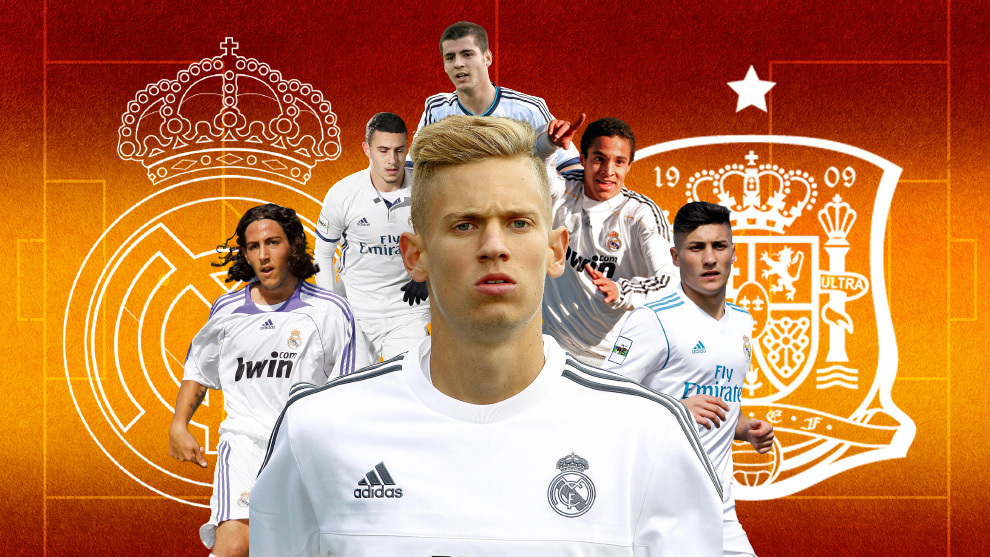 Marcos Llorente is the latest product of Real Madrid’s academy to play for the Spanish national team. The Atletico Madrid midfielder made his debut for La Roja as a second-half substitute against the Netherlands on Wednesday night.

In doing so, he joins an illustrious list of fellow La Fabrica graduates who have made it onto the international scene with Spain. Some examples are Iker Casillas, Raul and Emilio Butragueno.

However, these days, Real Madrid’s academy graduates tend to earn their Spain call-ups having already left the Estadio Santiago Bernabeu. When Llorente came on the pitch at the Johan Cruyff Arena, Tottenham’s Sergio Reguilon was already there.

In fact, you can make up a team of Real Madrid academy graduates that have recently played for Spain having left Los Blancos beforehand.

In goal, Diego Lopez and Kiko Casilla both made it into the Spain squad for their performances after leaving Real Madrid, the former with Villarreal and the latter with Espanyol.

Alongside Reguilon, who made his international debut while at Real Madrid but has since moved to Spurs, there is Diego Llorente. The centre-back was first called up by Vicente del Bosque in 2016 while he was on loan from Los Blancos at Rayo Vallecano. 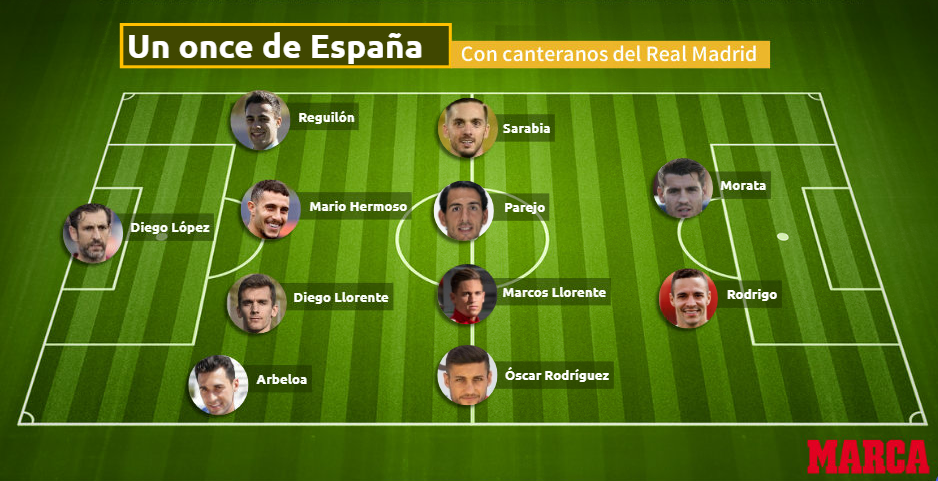 Mario Hermoso, who made his name with Espanyol in the 2018/19 season, and Alvaro Arbeloa, who featured a number of times for Spain as a Liverpool player, make up the defence.

With Llorente in midfield, you have Oscar Rodriguez, who made his Spain debut in September having just left Real Madrid for Sevilla; Dani Parejo, a graduate of La Fabrica who was given his first call-up by Julen Lopetegui while playing for Valencia and Pablo Sarabia, whose form for Sevilla took him to La Roja.

Alvaro Morata didn’t make his first appearances for Spain until after he’d left the Bernabeu for Juventus. He features in our team alongside Rodrigo Moreno, who made his debut for Spain as a Benfica player in 2014.