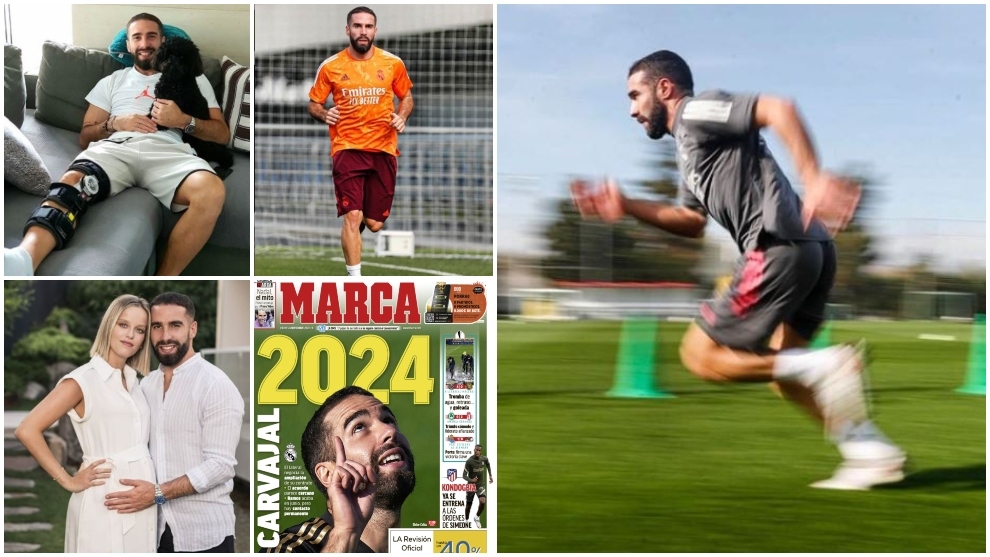 Dani Carvajal is set to return to action earlier than expected at Real Madrid. When he picked up his knee injury in October, he was ruled out for eight to 10 weeks. If the right-back plays against Villarreal on Saturday, he would’ve come back inside seven weeks.

During his time on the sidelines, Carvajal has missed six games with Spain and eight with Real Madrid. He clearly didn’t want to sit out any more, having started training with Zinedine Zidane’s squad again on Monday.

Plenty of work has gone into the defender’s recovery, including gruelling double sessions – the first at Valdebebas in the morning and the second at home in the afternoon. There have been sessions for strength, cardio, in the pool and on the bike.

Carvajal has also been able to benefit from the advice of teammate Nacho Fernandez, who suffered a similar injury this time last year. There were difficult times for the Spanish international.

“It scared me because it was a bit of a strange action. My leg was in front of me, my body a bit behind and I heard a snap,” Carvajal told MARCA. “You fear the worst. During the scan, I was praying that it wasn’t a really serious, really long injury. In the end, it was something minor and I felt good. It was a relief.”

Carvajal has also been in the news recently because of the prospect of a new contract at Real Madrid, with an agreement over an extension until 2024 nearing completion.

In more personal matters, the 28-year-old is about to become a father for the first time, which surely would’ve given him an extra motivation to get back fit again.

With Carvajal available again, Zidane is expected to revert back to his first choice at right-back after having Nacho and Lucas Vazquez deputise there in his absence. Alvaro Odriozola has also been injured in the last few weeks, although his return will take a bit longer.