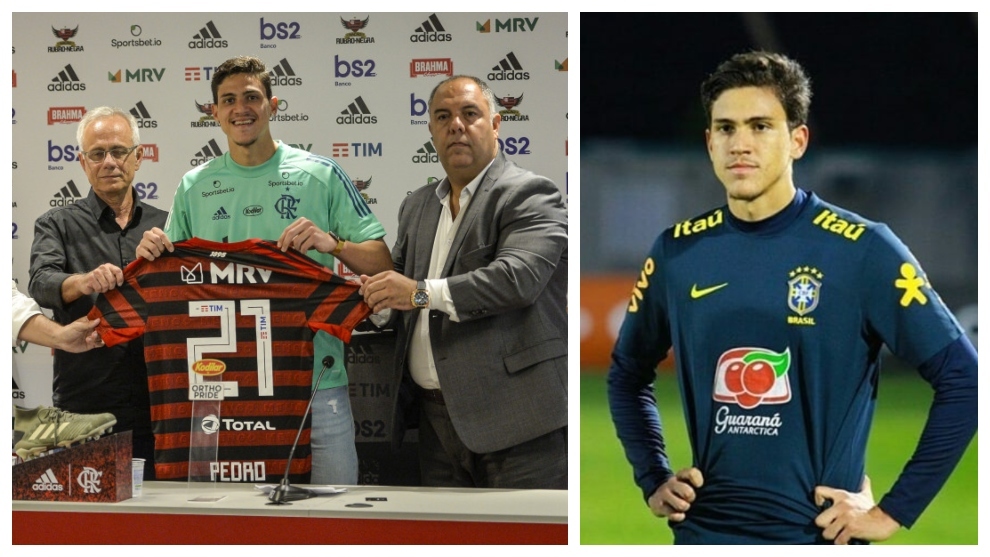 Life can be full of twists and turns, something which at just 23 years old Pedro Guilherme Abreu dos Santos knows all too well. The Flamengo star, who has ten goals in 18 games this season, has tasted the sweetness of success and the bitterness of disappointment in almost equal measures.

The striker has just been called up to the senior Brazil squad and taken the coveted No.9 jersey, but his journey hasn’t been all plain sailing. “I joined Flamengo at eight years old and combined futsal and 11-a-side football until being let go at age 14,” Pedro said. “I was without a club for a while until, at 16, I signed for Duquecaxiense in Serie C,” he recalled on Canal Zico 10. After becoming a champion and top scorer with Duquecaxiense, he eventually signed for rivals Fluminense following a long trial period.”I was on trial for four months and, aged 18, I reached the Fluminense first team,” said Pedro.

He made his Fluminense debut, in a twist of fate, in a victory over Flamengo in 2016 and in 2018 was named top scorer and ‘Revelation’ of the Brasileirao…despite getting injured half-way through the season. The seven months he had to miss due to that ACL injury thwarted his first call-up to the senior national team and a potential move to Julen Lopetegui’s Real Madrid. “At that time, we had reached an agreement with Real Madrid. We had spoken to his family and to Fluminense. The only thing missing was the signature,” recalled agent Marcio Giugni.

The chance to move to Europe reappeared the following summer and he signed for Fiorentina in Septmber 2019 for 11 million euros.

Opportunities were hard to come by in Serie A, however, and in January 2020 he was sent back to his homeland, on loan at Flamengo.

The club that was his first love and later discarded him would turn out to be his salvation. With 20 goals in 37 games, Pedro has earned an international call-up and Flamengo are desperate to make his loan deal permament.

Pedro isn’t in the mould of the typical Brazilian striker – a Romario, Bebeto or Ronaldo – but is more akin to a classic centre forward who knows how to use his stature and physical presence to benefit his team and torment opposition defenders.

He can hold the ball up, play with his back to goal and links play well, acting as a focal point in attack. He really shines in the penalty box, however, with great touch and timing and an ability to finish with either foot.