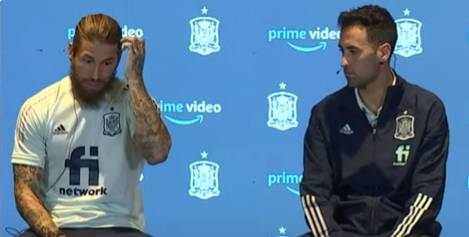 The rivalry between Barcelona and Real Madrid hit an all time peak just prior to the 2010 World Cup, even though Jose Mourinho was still yet to arrive in the Spanish capital. Both Real Madrid and Barcelona had been the dominant teams in Spain for much of the millennium to that point, yet Los Blancos were living through a drought in the Champions League, whilst they were forced to watch the Blaugrana become the best team in the world.

Speaking at an Amazon event which celebrated the release of a documentary detailing La Roja’s memorable triumph in South Africa, Sergio Ramos detailed how both the Los Merengues and Blaugrana sides of the national team had clashed before the tournament.

“The Barcelona and Real Madrid players had just killed each other,” Ramos explained. “In the team there were a lot of players from both clubs, but our disagreements had to be secondary. “Vicente del Bosque did a great job of uniting us, and making us see that we had to separate our club issues from the core of the national team.”