Real Madrid – La Liga Limited options at the back 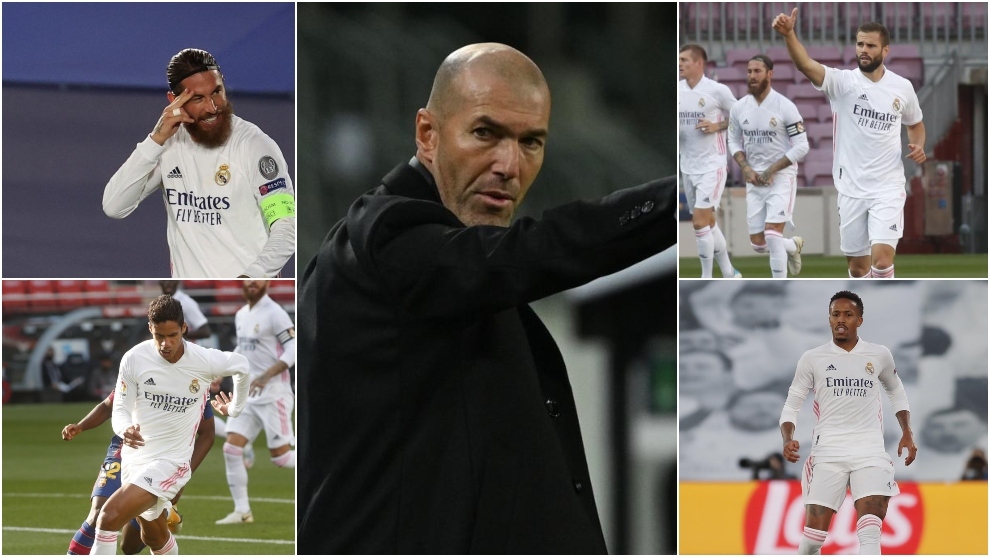 Zinedine Zidane’s defensive worries continue to grow, with the latest international break seeing a number of his key men suffer injuries which leaves their availability for the upcoming encounters against Villarreal and Inter in doubt.

The heavy 4-1 defeat to Valencia just before the break exposed a number of defensive frailties for Los Blancos, but the task to rectify that has become even more difficult with Sergio Ramos limping off in Spain’s meeting with Germany and Raphael Varane suffering a knock in his appearance for France against Sweden.

The major positive news for Zidane is the return of Casemiro, who was back on the Valdebebas training field on Wednesday after receiving the all clear following a previously positive COVID-19 test.

The Real Madrid and Spain captain felt some discomfort in his right hamstring against Germany, and had to leave the field of play. The player will undergo further tests on Wednesday but the meetings with Villarreal and Inter appear to be arriving too soon for the veteran.

Like Ramos, Varane suffered an injury while representing his country, in a 4-2 win for France over Sweden. He will first have to undergo a PCR test before heading for a closer examination of the knock to his shoulder to determine how long he will be out for, although Inter is looking more likely than Villarreal at the moment.

The Brazilian has been unable to train with his teammates for 16 days after testing positive for COVID-19. He is set for another test on Thursday or Friday which could, in theory, make him available for Saturday’s LaLiga Santander game, although it is unlikely he will feature given that he is certain to be lacking the required fitness.

The defender is already training with his teammates after suffering an injury against Barcelona on October 24. However, the Real Madrid academy product is still not 100 percent, so Zidane will have to manage him carefully.

The right-back has recovered quicker than expected which means Zidane will have his first choice right back at his disposal for the two crucial upcoming games. His last appearance was against Real Valladolid on September 30.

He was injured at the same time as Carvajal and is also back training with the rest of his teammates. His return will spark fierce competition on the right side of defence, with Carvajal once again fit for selection as well as Lucas Vazquez who has proven to be capable in that position.

The Frenchman will be available for Zidane after recovering from a muscle strain that caused him to miss commitments with the French national team. The coach will be desperate to get him back in the side as his absence has been visible.

While the Uruguayan isn’t a defender, his defensive capabilities could’ve been called up on in an emergency role, yet he has yet to recover from this knee injury.