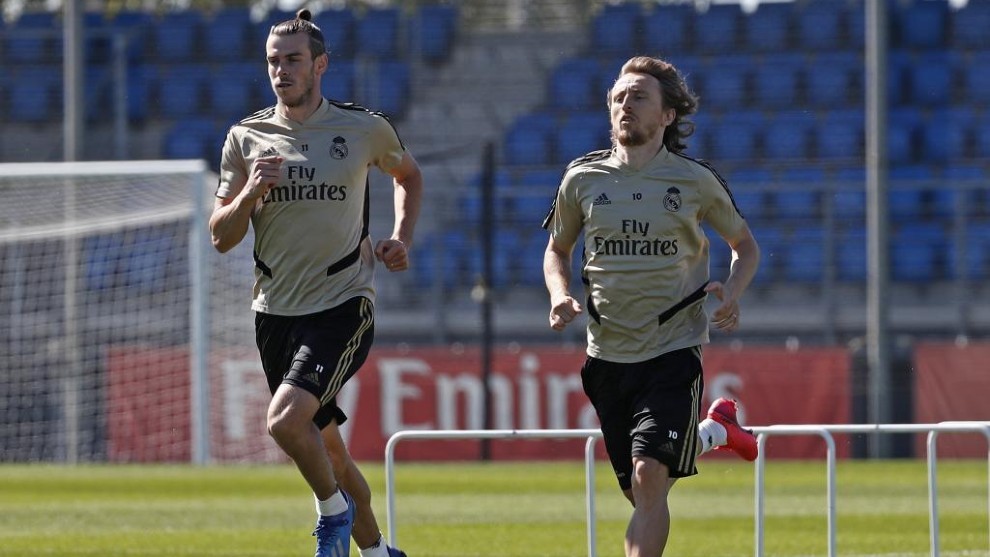 Gareth Bale is in a complicated situation at Real Madrid and, as is the case almost every transfer window, is being linked with a move back to the Premier League.

Luka Modric knows Bale better than most, having been together with the forward at Tottenham and at Real Madrid, and has discussed the Welshman’s difficult position.

“It’s a difficult situation for him and for the club,” Modric told The Times.

“Gareth needs to know what he wants to do.

“He is a grown man and needs to decide what is best for him.

“Does he feel happy here or does he want to try something else?

“But, for me, Gareth is still a great player and still has a lot to offer in football.

“It just depends on him, if he has enough hunger or desire to keep going.

“Whether his situation finishes here or continues, he can still be an important player.”

Bale and his love of golf have made for many headlines and many memes and the Croatian was asked if he’d ever played a round with Bale.

“Once,” he said during the interview with The Times, laughing as he did so.

“We had an afternoon off, in pre-season, three years ago.

“We were in Detroit or Michigan, and he called me and he said ‘Do you want to go and play golf with me?’

“I went with him and it was bad.

“He was a bad teacher.

“Maybe Gareth teaches me bad and that’s why I gave up.”

One of the potential landing spots for Bale is Tottenham, the club where both the Welshman and the Croatian played before moving to Spain.

To leave Spurs proved difficult for both of them as Daniel Levy proved to be a shrewd negotiator.

“He’s fighting for the interest of the club and that’s what every president should do, but in the moment I was angry with some things,” Modric said, as he recalled his time with Levy.

“But afterwards with Real Madrid, because he promised me a few times he would let me go.

“He kept his promise, but there was a lot of delay and that was what was really frustrating for me.

“Twice I had packed my bags and was almost at the airport, but he was changing his mind.

“But he was fighting for the club’s interest.

“It was difficult for me at the time.

“I was frustrated, but after all of this he kept his promise.”