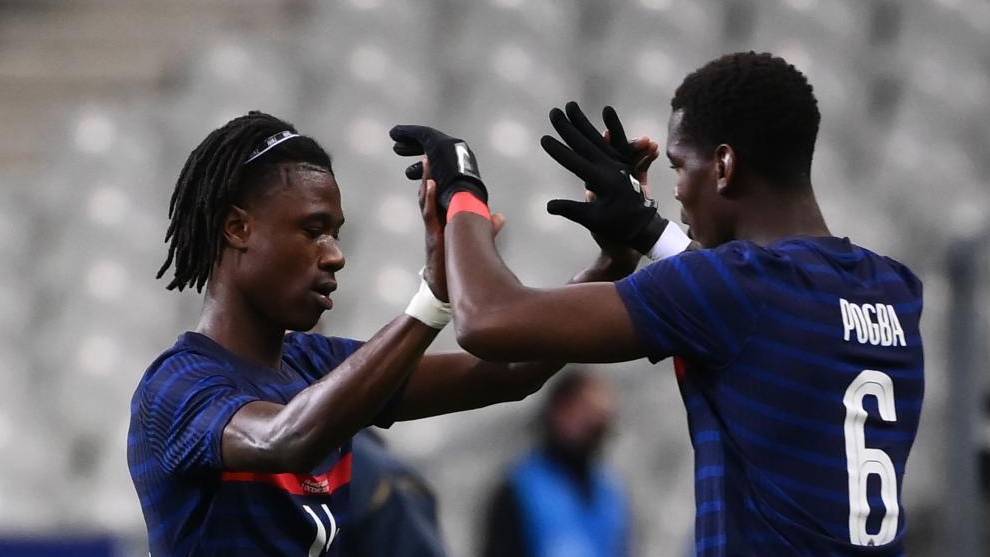 Manchester United midfielder Paul Pogba has refused to rule out a move to Real Madrid in the future.

The Frenchman also admitted that signing for the LaLiga Santander champions would be a dream come true for him as for many other players too.

“Many things have been said [about Zinedine Zidane’s interest in me],” he said at a press conference.

“Sure, all the players would love to play for Real Madrid.

“It would surely be a dream.

“It is a dream for me and why not [join them] one day?

“As I said before, I am at [Manchester] United and I love my club.

“I am going to give everything now to enjoy myself here and get the club back where it deserves.”

Pogba, who struggled to rediscover his form last season due to numerous injuries, admitted that there have been no talks between him and Manchester United regarding a possible contract extension.

“There has been a lot of talk about this, but I haven’t talked,” he added.

“I prefer to focus on the game and my return above all.

“I have not spoken with [Manchester United Executive Vice President] Ed Woodward.

“We have not talked about a contract extension.

“Now I am here, and I just think about getting back to my best form.

“I imagine there will come a time when the club will come to talk to me and maybe propose something to me, or not.

“For now, there is nothing and I can’t talk about something that I don’t know.

“I think mostly about myself, to enjoy again.”