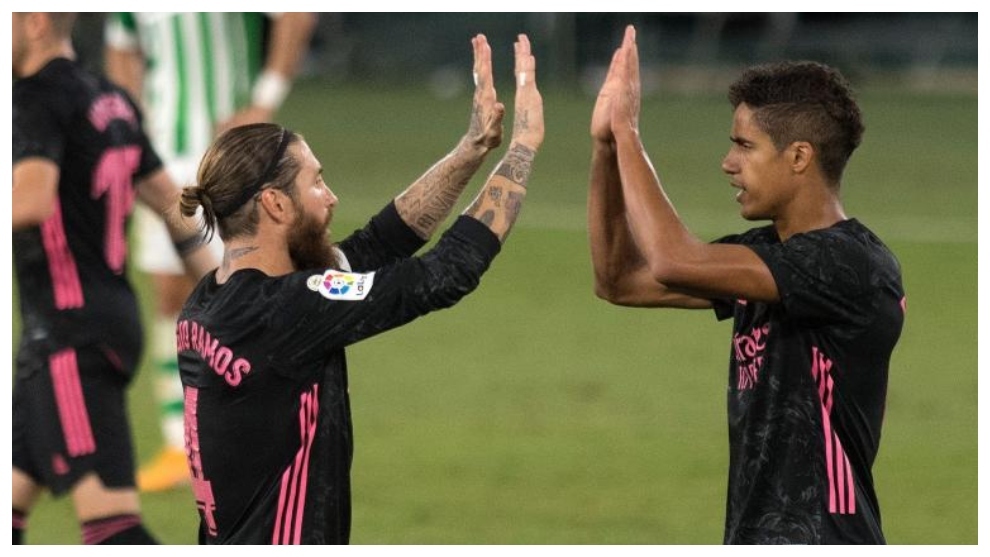 Sergio Ramos and Raphael Varane are going into their fifth season as Real Madrid’s centre-back pairing – and they look as stronger than ever.

They have been one of the pillars of Real Madrid’s glory era, landing four Champions League titles in a five-year period between 2014 and 2018,

What’s extraordinary, particularly in today’s market, is that they cost Los Blancos just 40 million euros between them.

They have since accumulated hundreds of games together, building one of the most signature defensive partnerships the game has ever seen.

They have also won a World Cup each, with Varane currently standing on 66 caps for France, and Ramos a scarcely credible 173 for Spain.

Even though the years are ticking by, their abilities don’t seem to be on the wane at all, and they look set to both play a key role in another push for silverware in the 2020/21 campaign.

It was all very different when Varane arrived at the club.

Portuguese enforcer Pepe had been Ramos’ partner at that time, and the French youngster was also in competition with the likes of Ricardo Carvalho for a defensive spot.

It meant there were times when Varane considered his future away from Madrid, but from the moment Zinedine Zidane became coach at the Estadio Santiago Bernabeu, Varane felt wanted and became an important figure.

And since he and Ramos begun playing regularly together in 2015, they have been inseparable.

Real Madrid have signed players to cover the position – including most recently Brazilian Eder Militao from Porto for a fee of 50 million euros – but no one has been able to unseat the duo.

It’s been quite the success story.