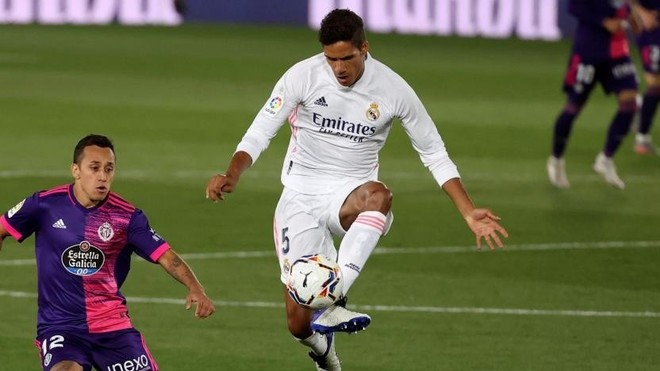 Memories of Real Madrid’s Champions League elimination at the hands of Manchester City could have haunted Raphael Varane, but the Frenchman seems to have left those ghosts in the past with his performances in the early part of this season.

His two errors in the return leg in England against the Sky Blues effectively put an end to Los Blancos’ hopes of overturning their 2-1 deficit from the first leg at the Estadio Santiago Bernabeu.

“You have to move on,” Varane told beIN Sports before the start of the new season.

“That’s how elite football is.”

Indeed, Varane has managed to bury the memories of that August night and has been one of Real Madrid’s top performers in the four LaLiga Santander games they have disputed so far.

The 27-year-old has been solid alongside Sergio Ramos in Los Blancos’ defence and reliable as ever in his aerial duels.

Varane looks focused throughout the games, avoiding any risks in the build-up that could harm Real Madrid.

Although at this point of the season data may not be very significant, his numbers show that the France international has managed to live up to expectations.

He betters all of Real Madrid defenders, including Ramos, who only beats his team-mate in successful passes (115 compared to Varane’s 72), an aspect in which the 2018 World Cup winner needs improvement.

“Zidane hopes that I do not hesitate when attacking the opposition lines with the ball vertically,” Varane admitted during his interview with beIN Sports.

“He wants [me to become] another resource for the team.

“That pushes me to get out of my comfort zone a bit and it is something that I like.”

Zidane has always placed his confidence in Varane, despite the latter’s poor mistakes against Manchester City.

For Zidane, as well as France boss Didier Deschamps, their compatriot has always been an undisputed starter in defence.

Real Madrid are hopeful that Varane has overcome the demons of the past and can lead Los Blancos to their second consecutive league title.