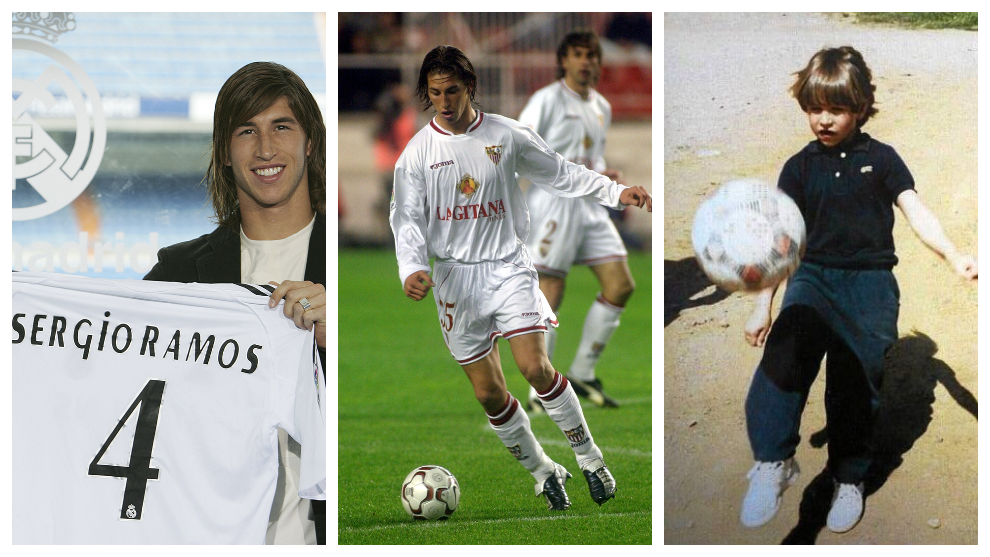 Sergio Ramos arrived at Real Madrid as a 19-year-old in 2005, with only two seasons of senior football behind him, yet as he stands now as Los Blancos’ captain, a debate has ensued on Twitter between Sevilla and Real Madrid.

As part of the new trend going around the popular social media website of posting a picture from years ago to a picture from the present day alongside the caption ‘How it started, how it’s going’, Los Blancos uploaded images of the Spanish defender to follow such a trend.

Fifteen years of service to Real Madrid was noted by the club’s account, posting a picture of him shortly after arriving in the capital, alongside one from the modern day.

Sevilla, though, took exception to this and were quick to point out that they were actually the club who gave Ramos his start in professional football, before selling him for a welcome 27 million euros. They responded with the caption ‘How it really started’ and uploaded an image of the Spanish captain wearing the shirt of the Seville club.

What happened next was even more humorous, as Ramos himself stepped in to essentially referee the bout. He uploaded a picture of himself as a young child kicking a ball, accompanied with the tag ‘How it really started’.

In this way, the defender settled all the controversy surrounding his true beginnings in football, keeping both clubs content, and also looking back to his early days in his neighbourhood of Camas.

The fact Ramos has done so much for both clubs is testament to the player’s ability on and off the pitch, even if sections of Sevilla’s own support have rejected him in recent years, following his move to the Estadio Santiago Bernabeu. Ramos remains respectful to both clubs and was more than willing to settle the aforementioned social media debate.