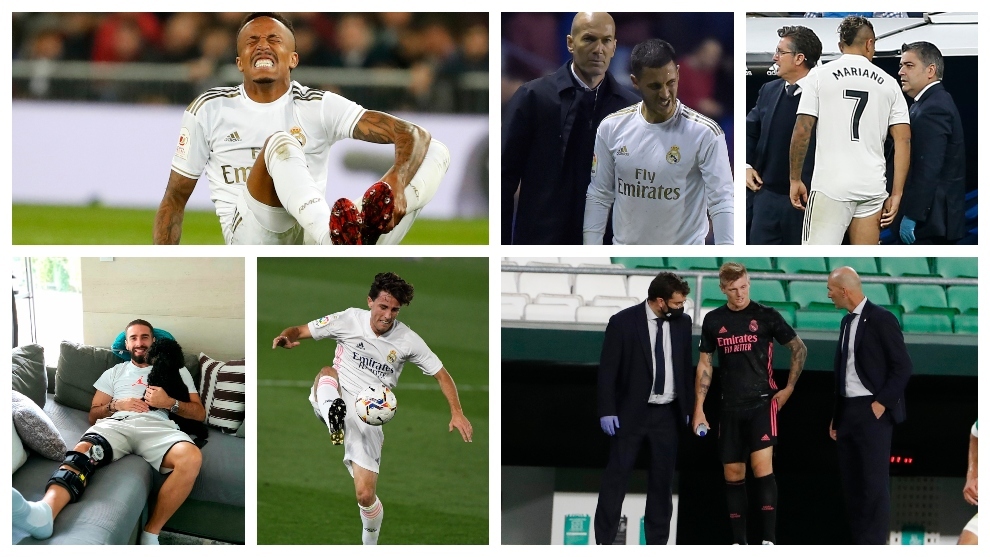 Zinedine Zidane has lost another two players to injury this week.

On Friday, Dani Carvajal was ruled out for two months with a knee injury before Alvaro Odriozola was sidelined for two to three weeks with a calf problem.

Without Carvajal or Odriozola, Zidane has to look elsewhere for options at right-back, with Nacho, Ferland Mendy and Lucas Vazquez all contenders.

With Odriozola at Bayern Munich for the second half of last season, Nacho played backup for Carvajal at Real Madrid.

However, the No.2 played virtually every game for Zidane’s side, leaving Nacho without much regular game time.

The Spaniard has seen his role in the squad diminish in recent years, partly because of injury, but he still has experience on his side.

Like Nacho, Lucas Vazquez has been a popular player for Zidane during his time in charge of Los Blancos.

The Galicia native didn’t get many minutes last campaign compared to previous ones, but that was also partially down to fitness problems.

Zidane has used the Spaniard at right-back before, valuing his work rate and defensive nous.

During the 2017/18 Champions League semi-finals, Lucas was the player chosen by Zidane to play in Carvajal’s absence against Bayern Munich at the Allianz Arena.

During the final weeks of last season, when Zidane had no backup for Carvajal during a busy match schedule, Ferland Mendy was used as a makeshift right-back.

The Frenchman had, at times, played on the right of defence at Lyon when needed to and was able to slot into the position fairly comfortably.

Since the start of pre-season, Real Madrid have seen 11 players go down with some sort of injury, with Hazard suffering two different ones.

Toni Kroos, Eder Militao, Carvajal and Odriozola are all currently out injured, in addition to Hazard..