Real Madrid Could feature against Iceland 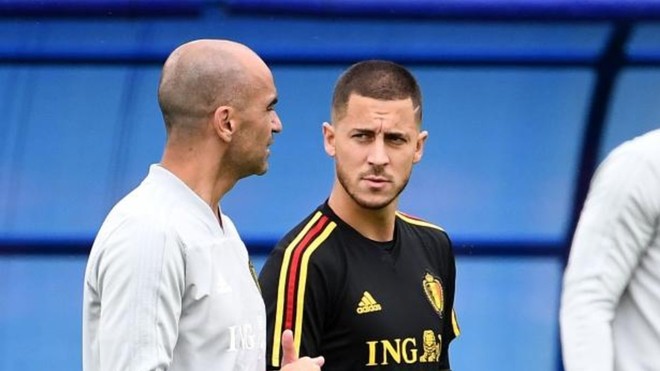 The Real Madrid forward was called up for international duty by Martinez’s Belgium this month but didn’t play against Denmark on Saturday.

“He’s been working individually and has tried to join up with the group when he can,” Martinez said of his captain in his press conference.

“Medically, he’s perfect, it’s just a question of being very careful with his introduction.

“He’s still not at full fitness and hasn’t been able to train with the group at his club.

“We’re going to be very careful and we’re not going to take any risks.”

Belgium play Iceland on Tuesday in their second and final Nations League match of September.

“If he can play, it would be ideal,” Martinez said of Hazard’s possible involvement.

“But if not, his presence in the squad is what I and everyone else needed – he’s still the captain 10 months later.”

Hazard played a handful of games for Real Madrid in June, July and August after having ankle surgery in March.