Real Madrid On road to recovery 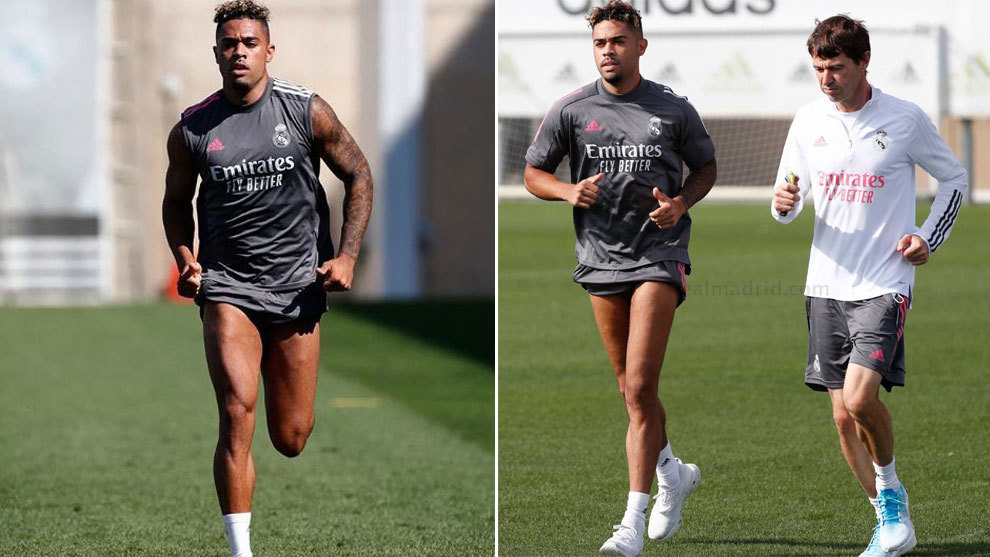 Mariano, before and after his tonsillitis operation.

Mariano Diaz returned to training at Valdebebas on Thursday for the first time since having a tonsillitis operation. As you can see in the before and after photos of the Real Madrid striker, he’s lost quite a lot of weight in the last three weeks.

The former Lyon forward was a continuing sufferer of tonsillitis, with the condition coming back year after year. This year, he and Real Madrid decided that he should have an operation because the problem was affecting his muscle mass. The weight loss has weakened the 27-year-old, but he’s on a set recovery programme with the club which is geared to get him back to full fitness.

The international break has come at just the right time for him, as it allows him to catch up with the rest of his team-mates while they’re away. Mariano hasn’t had much luck this year. His positive test for coronavirus kept him out of the Champions League in August and he returned from holiday with a few fitness issues.

Mariano still believes he can play his part in Zinedine Zidane’s Real Madrid squad moving forward. The goalscorer hasn’t been afforded much game time since the Frenchman returned to the hot seat at the Estadio Santiago Bernabeu.

Things changed in March when Mariano was given some minutes on the pitch and scored against Barcelona in the Clasico. After lockdown, he also featured in Real Madrid’s matches against Real Sociedad, Real Mallorca and Getafe. During the summer, there were various teams interested in signing Mariano, such as Benfica, but the player didn’t want to leave Real.