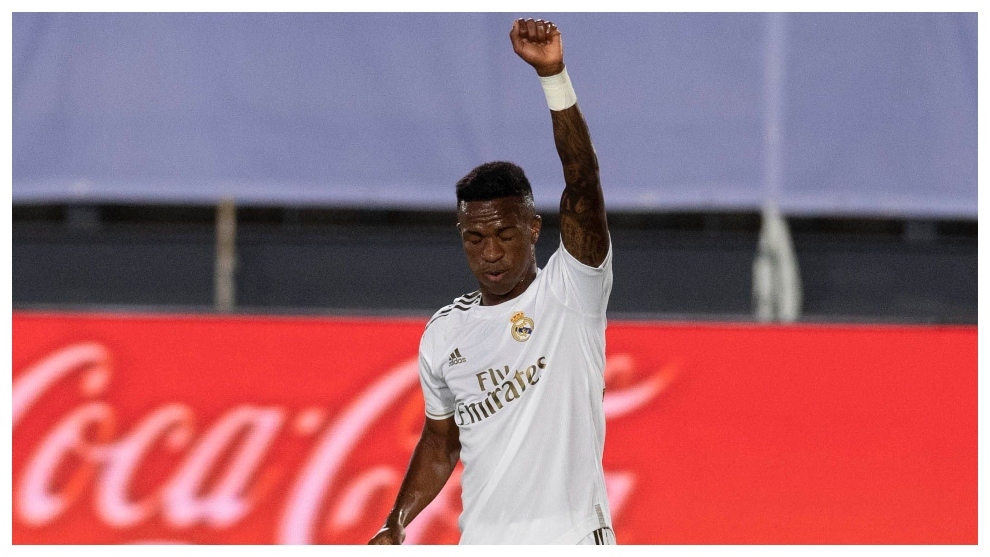 Vinicius Junior is looking ahead to a new season with Real Madrid.

The 2019/20 campaign ended on a disappointing note for the Brazilian, who didn’t come off the bench for Los Blancos against Manchester City in the Champions League.

Eden Hazard started ahead of him that evening in Manchester, though he would’ve at least expected to get some minutes on the pitch.

It wasn’t to be in the end, but now the former Flamengo forward is keen to prove his worth to Zinedine Zidane during pre-season.

Vinicius has been showing off the work he’s been doing during his holidays in order to be in top shape for when pre-season begins.

Despite his young age, the winger knows that he has to up his game this season.

While he was more efficient in front of goal in 2019/20, his performances weren’t too dissimilar than his first year in Spain.

The injuries to Hazard saw his game time increase under Zidane, but the pause in the season due to the coronavirus pandemic came at just the wrong time.

When the Champions League came around in August, Hazard was first choice on the left wing, leaving Vinicius to sit out the second leg in Manchester.

Not much is expected to change going into the new season, with Hazard virtually guaranteed a place in Zidane’s team when he’s fit.

Furthermore, Marco Asensio and Rodrygo Goes have both edged above Vinicius in the pecking order over the last few months.

Nevertheless, the Brazilian is fully focused on making his Real Madrid career a success and there’s no better time to start than the present.