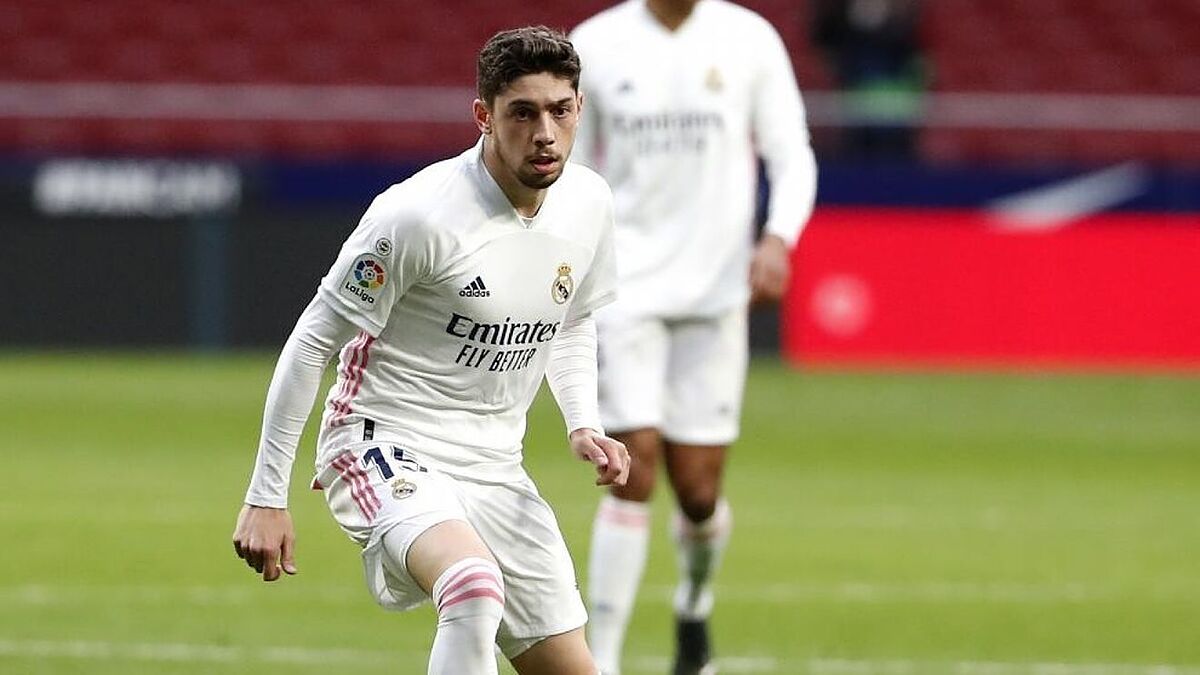 Real Madrid host Sevilla at the Estadio Alfredo Di Stefano on Sunday night, with Los Blancos able to go top of the LaLiga Santander table with a victory.

Zinedine Zidane‘s side have the head-to-head advantage over current leaders Atletico Madrid, as well as second-placed Barcelona. Picking up three points would take Real Madrid level with Atletico, while a draw would see them draw level with Barcelona.

Real Madrid‘s elimination from the Champions League in midweek could have a hangover effect, particularly with the continued absences at the back. For the match against Sevilla, Zidane is without the injured quintet of Lucas Vazquez, Dani Carvajal, Sergio Ramos, Raphael Varane and Ferland Mendy.

As such, Fede Valverde could replicate the role he played against Liverpool by filling in at right-back, while Marcelo will likely come in at left-back. Luckily for Real Madrid fans, the impressive Eder Militao-Nacho Fernandez partnership will continue in the heart of defence.

From the midfield forward, it is a different story as Los Blancos have everyone available. Eden Hazard is expected to start in attack again, despite the controversy that came with him in midweek. Marco Asensio is also tipped to come into the XI.

Sevilla, meanwhile, have three doubts in Jules Kounde, Joan Jordan and Youssef En-Nesyri, but it is thought that all three will be able to start. Julen Lopetegui has the luxury of being able to play what is roughly his first-choice starting line-up, with the only potential surprise seeing Ivan Rakitic come in for Joan Jordan.

0 41
Pogba reopens the eternal debate: A top player or overrated?

0 39
Mihajlovic taunts Ibrahimovic before penalty miss: Don’t worry, he doesn’t know how to take them

0 36
Real Madrid vs Elche: A chance to lay down a marker