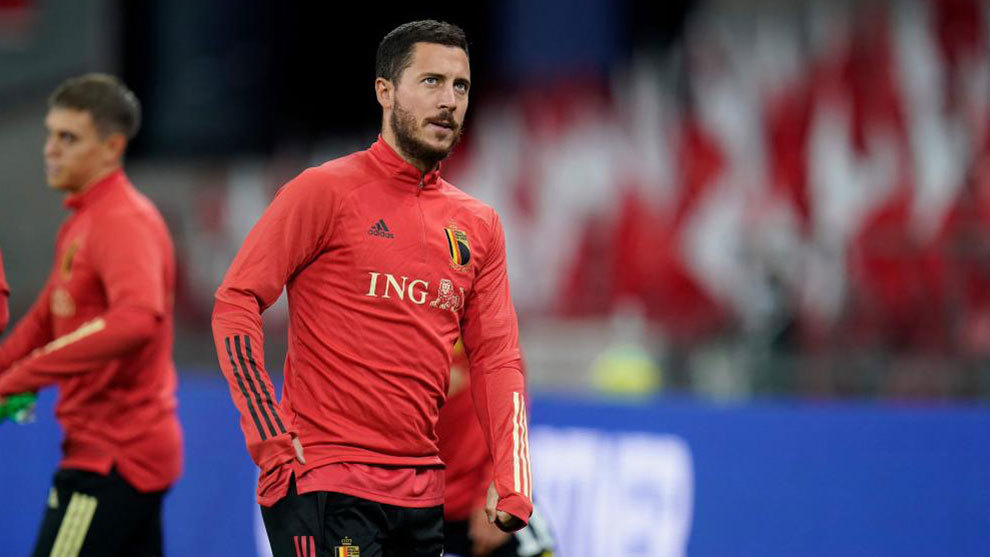 We can all agree that Eden Hazard’s first season at Real Madrid was very disappointing. The majority of us, or at least I, don’t think it was his fault, but Thomas Meunier’s.

The defender’s challenge ruled him out for the season just as he was showing his best form. Then there was the relapse of the injury, the operation in Dallas and the recovery in lockdown.

It’s possible to forgive Hazard for his quiet end to the season during which he was in and out of the team because of ankle problems.

The doctors say that it’s not easy to get back to your best quickly after that operation and the placement of the new plate.

We can even forget how he came to Real Madrid overweight and the jokes about buns in the dressing room afterwards. Hazard is a nice guy who fits in well in the Bernabeu dressing room.

However, a second season similar to his first wouldn’t go down so well with Real Madrid, the dressing room or the fans. The start, let’s not kid ourselves, doesn’t look good.

Hazard wasn’t one of those players showing how they’ve been working like an animal during pre-season, like Sergio Ramos, Karim Benzema, Vinicius Junior, Rodrygo Goes or Marco Asensio.

Okay, he’s been able to work hard and hasn’t want to show it, although the very few photos of him on holiday don’t say that… He hasn’t had military discipline, of course. But the messages coming out of the Belgium camp are starting to worry.

“We don’t know if he’ll play, he’s not at full fitness,” said Roberto Martinez ahead of their game against Iceland. Hazard isn’t training with the group at all times, either.

What is Hazard doing with Belgium, then? Why is he not working with his teammates at Real Madrid?

After the season that he had and the money he cost, it wouldn’t have been a bad gesture to have pulled out of international duty to work with Real Madrid, like Martin Odegaard and Luka Modric have done.

Odegaard did it because he had some problems with his knee and Modric because he didn’t want to lose ground on his club teammates. And Hazard?

After the ankle problems had had last season, it wouldn’t have been too much of a problem sitting out the first international matches of the campaign.

He has time, Hazard. A whole season, in fact, to show that he was indeed a Galactico signing, but it’s been a bad start.

In fact, I struggle to believe that he’s going to be in the right shape to play in Real Madrid’s first LaLiga Santander game against Real Sociedad on September 20.

After 24 days of holiday and 21 days of pre-season, that’s a challenge in itself.