Real Madrid Who should cover for the Spaniard? 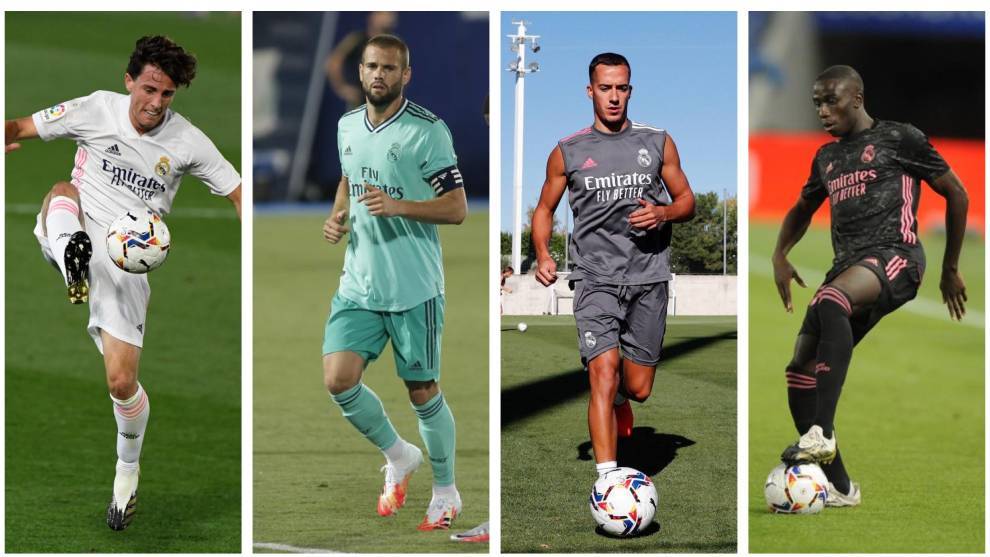 Dani Carvajal is the latest Real Madrid player to be sidelined for the next few weeks and Zinedine Zidane is seeking a full-back who can fill the void in the starting XI.

The Frenchman will have to pick between Alvaro Odriozola, Nacho Fernandez, Ferland Mendy and Lucas Vazquez to cover for the Spain international in the next few games.

Which of the aforementioned players should replace Carvajal in the starting XI?

Zidane gave the former Bayern Munich right-back the nod in Los Blancos’ game against Real Valladolid last Wednesday and he seems to be the favourite to replace Carvajal.

Last season, Odriozola was not part of Zidane’s plans and the French tactician gave the green light for his player to join the Bavarians on loan in January.

However, for the moment being, Odriozola is the only natural right-back available and the player who seems more likely to cover for Carvajal.

He used to be one of Zidane’s best wild cards in defence but following injuries last season he has lost prominence at Los Blancos.

Last year, Nacho stayed at the club to be Carvajal’s backup but his compatriot played practically every game of the rest of the campaign.

Experience is in Nacho’s favour but his lack of playing time over the last months may prevent Zidane from starting him in the next few games.

Zidane admires Lucas Vazquez’s versatility and has given him the opportunity to play as a right-back in the past although his natural position is in midfield.

However, alike Nacho, Vazquez dropped back in his coach’s pecking order following his injuries last season.

Hence, it is doubtful whether Zidane will trust him Vazquez with a spot in the starting XI especially in a position that is not natural.

Mendy has hardly played in that position but could be one of Zidane’s alternatives.

In a game of last stretch of the 2019/20 course against Eibar, Zidane decided to rest Carvajal at half-time and moved Mendy to the right side.

The 25-year-old left-back is solid in defence and has the stamina, plus the ability to advance forward, but is the outsider to cover for Carvajal over the next two months.