Football pundits are paid to give their views on the game, and often these can be quite extreme.

Particularly in the case of former Man United captain, Roy Keane, who rarely pulls any punches when he’s asked for his opinion on Sky Sports.

In the recent Man City v Liverpool game, he labelled England international, Kyle Walker, an ‘idiot’ and a ‘car crash,’ per a report in the Daily Mail.

Such language, and the way it was delivered, appears to have annoyed former Sky Sports anchor, Richard Keys, now working for beIN Sport in the same role.

So much so that Keys has reignited his feud with Keane which goes back to 2008.

“We were always very much aware that if we were going to criticise then it had to be done constructively,” he said on his personal website.

“That we could offer both explanation and education.

“Andy Gray did that better than anyone else – and he’s still doing it. Teams and their managers back then were so sensitive.

“I can only imagine what would’ve happened If we’d ever called Gary Neville a ‘car crash’ and an ‘idiot’. And there were plenty of opportunities!

“You can see where this is going can’t you? What a disgrace Roy. Cheap. Even by your standards.

“How would you have described your assault on Alf-Inge Haaland – an incident that would’ve seen you arrested anywhere other than on the pitch?” 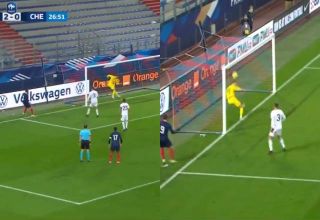 Quite what Keane will make of it is anyone’s guess, though one can surmise that it will be like water off of a duck’s back.

Keys, meanwhile, still appears to feel the need to be relevant, but if the only way he can do that is by getting at one of the best players of the Premier League era, it’s not going to get him very far at all.