Wales On international duty with Wales 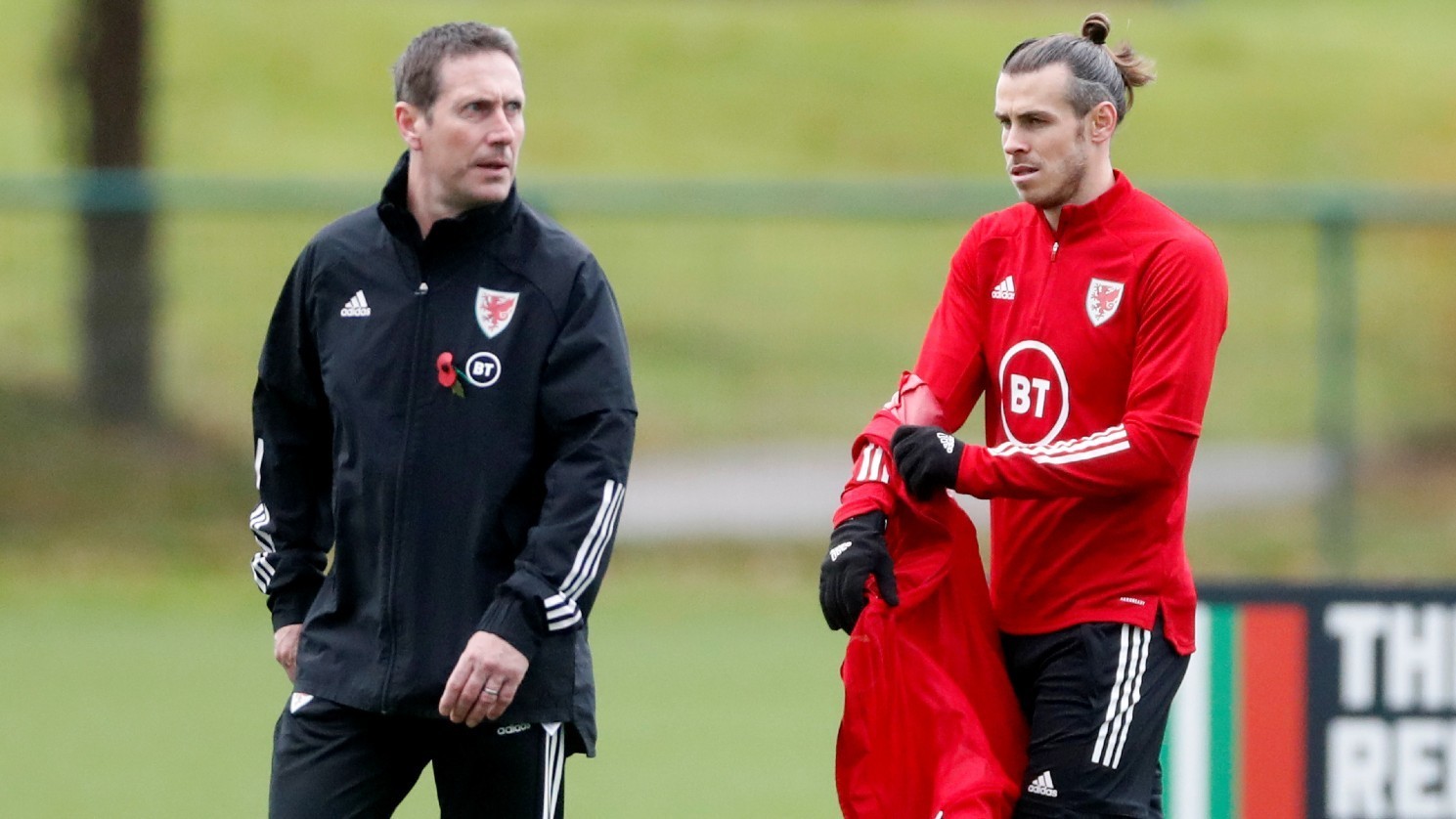 Wales assistant coach Robert Page believes Gareth Bale is in the safest of hands on international duty, after. Tottenham boss Jose Mourinho raised concerns of his winger being under the guidance of an Arsenal coach. With head coach Ryan Giggs arrested under suspicion of assault, Page and Albert Stuivenberg will be in temporary charge of the national team. The latter is also a coach at Tottenham’s rivals Arsenal, something which Mourinho stated made him feel uneasy.

Bale has had numerous injuries over the years and has gradually worked his way back to full fitness at Spurs, and Mourinho is worried that too much action for Wales could hamper that progress.”We’ve got Joe Rodon and Ben Davies so we’ve had Tottenham players involved for a few years so, of course, he [Mourinho] is going to show an interest,” Page said at a press conference.

“But Albert has been involved with the Welsh set-up for a couple of years and there’s never been any issues there at all. “There’s a plan we have for Gareth, no different to any other player. We have a template in place for any player. We’re borrowing his players to come and play for Wales so of course we’re going to look after them.

“We’ve got one of the best medical teams in the country and we trust in what they do is in the best interest of the players to get them fit. “They’re not going to undo any work that’s been done at club level, and that’s irrespective if you’re Gareth Bale or whoever. It’s elite sport and elite preparation for games. I totally sympathise and understand what [Mourinho] is saying.”

Page was asked whether the comments of the Tottenham coach were disappointing, something which he denied.”No, not at all. I can empathise with what he’s saying. I’ve been a club manager myself, albeit I didn’t have too many players leave for international duty.”