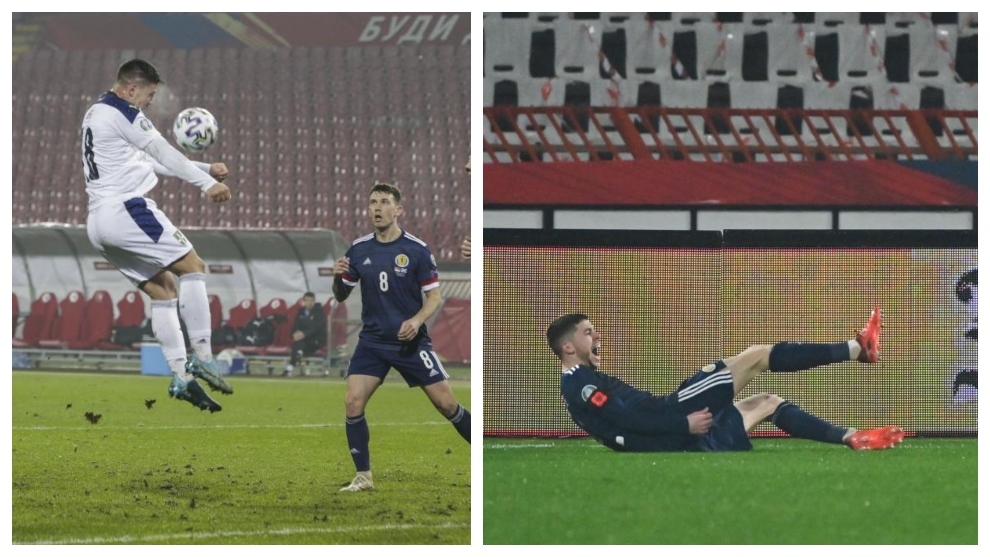 The World Cup in France 1998 was the last time the Tartan Army were at a final tournament and on Thursday evening a victory on penalties over Serbia means they will be part of the Euro 2020 festival.

The match at the Stadion Rajko Mitic ended 1-1 after extra time and David Marshall was the hero for Scotland with a penalty save which secured a 5-4 spot kick victory. Scotland dominated the game for large parts in Belgrade but didn’t get their reward until Ryan Christie rolled the ball in off the post from the edge of the penalty area.

Callum McGregor fired another effort inched wide as Serbia were struggling to match Clarke’s men. As expected, Scotland are unable to do things the easy way and in the 90th minute a mistake by Scott McTominay allowed Real Madrid forward Luka Jovic to head home a dramatic equaliser.

Despite the blow, Scotland picked themselves up and bagged all five penalties – Griffiths, McGregor, McTominay, McBurnie, and McLean – before Marshall saved the final Serbian spot kick from Aleksandar Mitrovic.