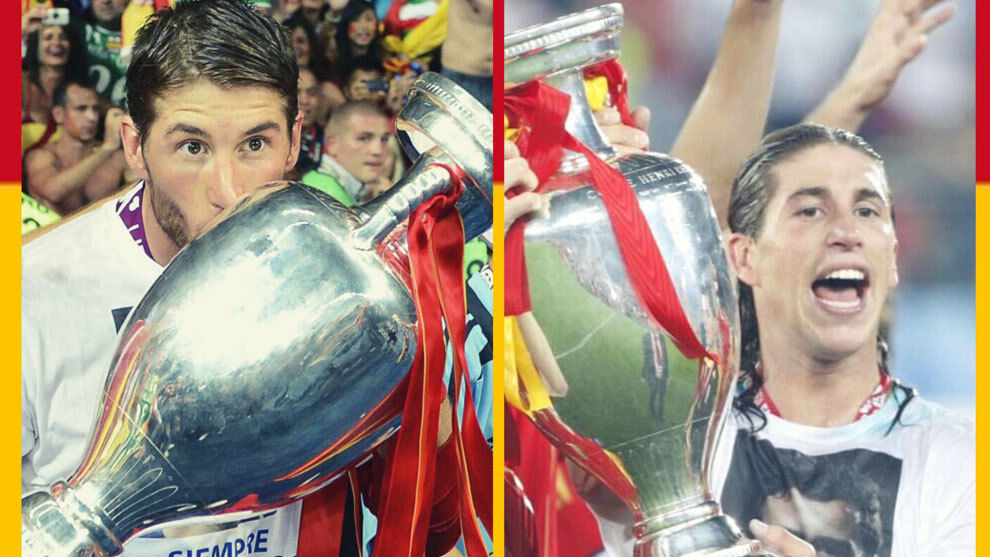 As Luis Enrique announced his Spain squad for Euro 2020, the absence of captain Sergio Ramos was the call that caught everyone’s attention.

The player himself reacted to the news on social media shortly after, expressing his sadness at a torrid last few months with injuries which have ruined his season.

“After a few sh*tty months and an odd season, different to anything that I’ve experienced in my entire career, the European Championship [omission] adds to that,” he wrote on Instagram.

“I have fought and worked every day on my body and soul to be able to get to 100 percent with Real Madrid and the national team, but things do not always go the way you want.

“It hurts me to not be able to help my team more, and to not play for Spain but, in this case, it is better to rest, fully recover and, next year, return as I always have done.

“It hurts not to represent your country, but you have to be honest and sincere.”

He ended his note with a message of support for his international colleagues.

“I wish all my teammates the best of luck and hopefully we will have a great European Championship,” he added.

“I will be cheering you on from home like any other [Spaniard].

“A warm greeting to everyone and, as always, long live Spain and Hala Madrid!”

“Any decision about Sergio Ramos has always been controversial,” Luis Enrique said in his press conference.

“I know where I am and I accept that this is normal. I hope it doesn’t affect the team.

“If [Dani] Carvajal and Ramos had been fit then they would have come. They haven’t made it because of that.”

0 22
Europa League or Conference League: Prestige, possibilities and a lot of money on the line

0 32
The New Mutants on HBO: Cast and the film’s reception