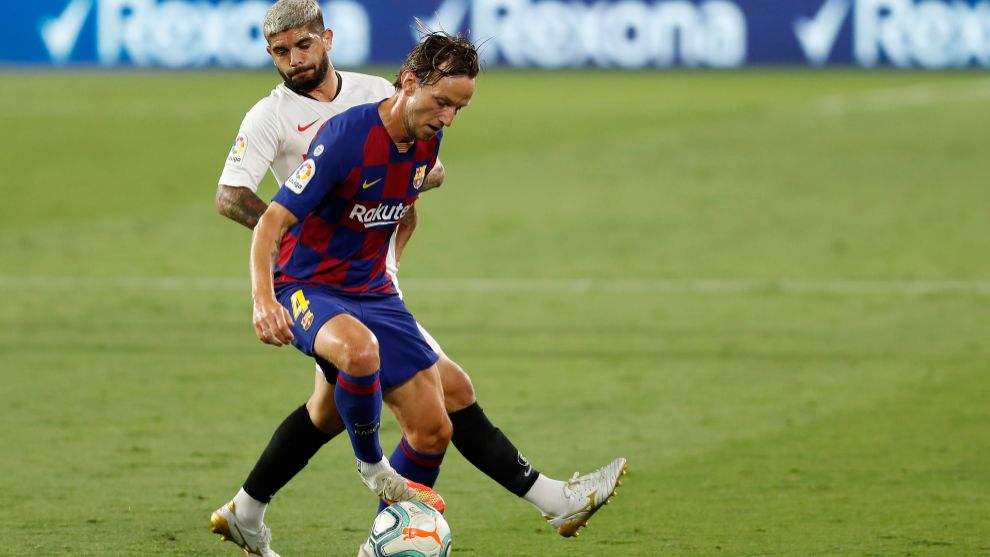 Banega and Rakitic compete for the ball.
Ramn NavarroMARCA

Ever Banega is confident Ivan Rakitic will prove to be a good replacement for him at Sevilla.

Coincidentally, it was the Argentine who was signed by Sevilla in 2014 when Rakitic left to join Barcelona.

“He’s a world class player and I wish him every success.

“When he left [Sevilla], I came in and now I’m giving him back his place.

Banega played the last game of a stellar spell with Sevilla in the Europa League final against Inter.

“It’s a club that gives you so much love, that teaches you many values and that’ll stay with me,” he said.

“It makes you really love it.

“Professionally, it gave me a lot. It made me grow, improve and learn to play in a different way to how I’d played in other teams.

“They deserved to be in the Champions League.

“That’s what we worked towards all season and luckily they’re going straight in [to the group stages].

“Sevilla are a big club that is definitely growing year on year.

“They’ve showed and will keep showing that they have no limits.”

Does that mean they can challenge for the LaLiga Santander title this season?

“Sevilla are always prepared to fight for everything, although it’s very difficult, for sure,” Banega said.

“They have a great squad, they’ve signed great players and they’ll put up a fight in every competition.”