Sevilla Will play Bayern Munich in front of 30 percent capacity 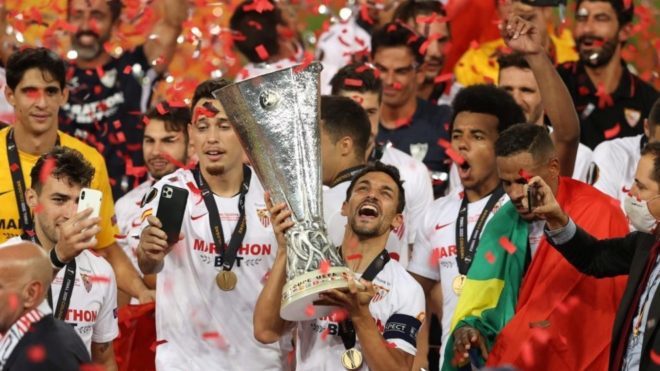 Sevilla have been given an allocation of 3,000 tickets for their UEFA Super Cup match against Bayern Munich in Hungary.

The Europa League winners will face the Champions League holders in the tie at Budapest’s Puskas Arena on September 24.

Sevilla fans have until September 9 to apply for tickets as UEFA plan to have the stadium 30 percent full for the game.

The match will act as a pilot for UEFA as football tries to get fans back into stadiums bit by bit during the coronavirus pandemic.

For those fans that get hold of a ticket, they will undergo medical tests upon arrival at the stadium.

When they turn up to the Puskas Arena, supporters will have to present their ticket and the negative result of a coronavirus test to the authorities.

Once inside the ground, fans will have to keep a distance of 1.5 metres between each other and wear masks at all times.

Furthermore, travelling fans have to leave Hungary within 72 hours of the end of the match.