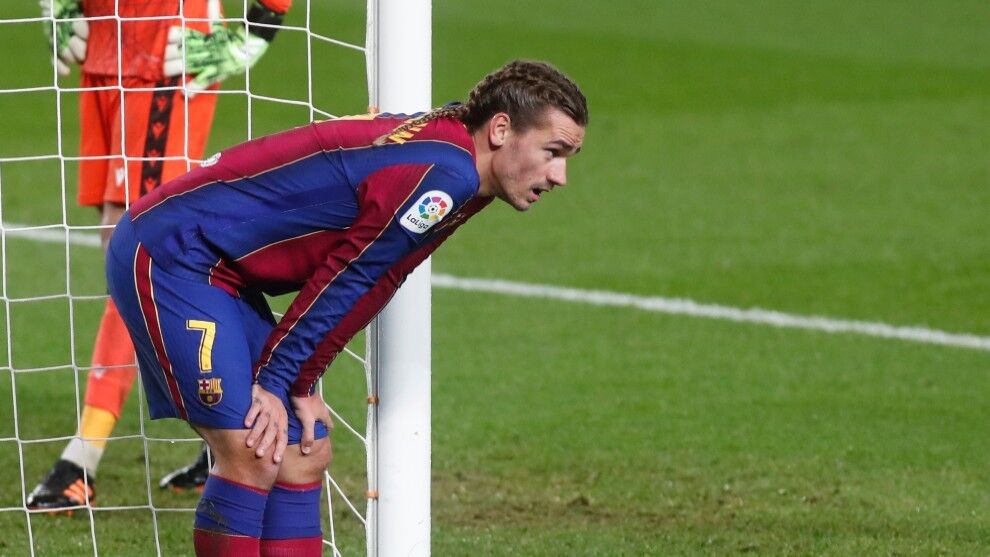 Antoine Griezmann was left on the Barcelona bench for Saturday’s Clasico at Valdebebas. He was the man left out by Ronald Koeman as the Dutchman opted to line up with a 3-5-2.

The Frenchman has already started on the bench six times this season, one less than in the entirety of last season, and two of those have been against Real Madrid.

Griezmann‘s omission was the most notable from Koeman‘s XI for the game, with the game being hyped as a potential title decider. Instead, Koeman opted for Ousmane Dembele to accompany Lionel Messi in attack.

Four of the games that Griezmann has started on the bench this season have come in LaLiga Santander, both against Real Madrid and against Huesca and Elche as well. He was also out of the XI in the Champions League against Dynamo Kiev, as well as the second leg of the Copa del Rey semi-final against Sevilla.

He has been completely left out in three games – against Sevilla, Real Valladolid and Ferencvaros.

Since landing in Barcelona, he has had to play in countless positions, and is under contract until 2024. But every performance of his is under a magnifying glass since his 120 million euro move from Atletico.

0 34
The keys to Poirier’s win over McGregor

0 35
Ratajkowski poses nude in the final stretch of pregnancy: Sometimes I feel like a goddess with a juicy butt

0 19
Cala: It seems we are in the West, nobody deserves this public lynching