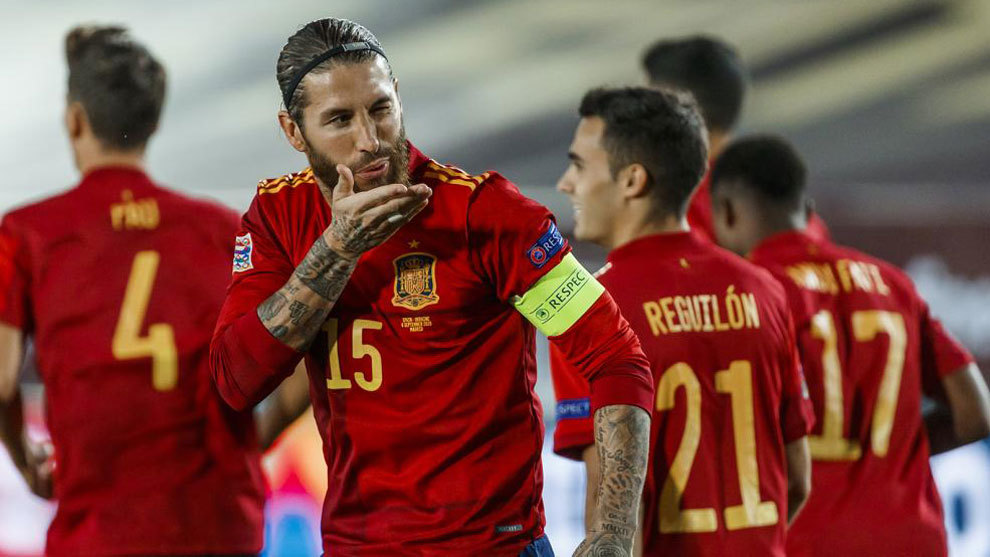 The Real Madrid captain broke Daniel Passarella’s record as international record’s highest scoring defender on the night, but his attention was taken by the debutants.

“The coach has a difficult job,” Ramos said after the game.

“He has very young but experienced kids.

“Anybody can play and that’s an important thing.”

Pushed to talk about his new record, the defender did acknowledge his delight to have overtaken the former Argentina international.

Ansu Fati stole most of the attention on the night as he became Spain’s youngest ever goalscorer with their third goal on the night.

“We have to congratulate Ansu,” Ramos added.

“The youngsters have come here with a lot of desire, they bring freshness and youth and it’s a joy to have that profile of player.

“What’s expected of them isn’t easy for a kid, but they’ve shown themselves [to be good].”