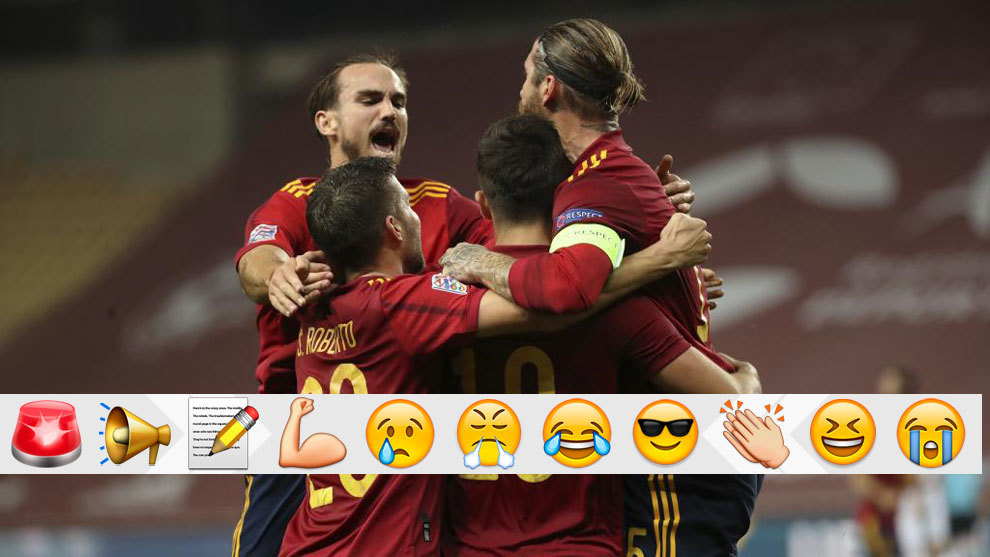 Spain pulled out their best display since the Euro 2012 final against Italy as they beat Germany 6-0 on Tuesday evening. Luis Enrique’s side were too strong for their opponents at the Estadio de la Cartuja in an almost perfect performance.It would be a very Spanish thing to overhype this generation of players now, especially with a major tournament in the horizon, but with talent like Ferran Torres on form, it’s easy to let your mind wander.

Ferran is, alongside Ansu Fati, Spain’s biggest hope for the future. The 20-year-old netted an impressive hat-trick at La Cartuja, demonstrating that he’s already good enough to make an impact at senior level for La Roja. With a coach like Pep Guardiola at club level, he’ll only get better, too.

A year after his last goal for Spain, Alvaro Morata found the net again in international colours – and might’ve had another if it wasn’t for a dodgy offside call. The striker is, perhaps, in the best form of his career, showing real impetus and linking up with his teammates effectively.

Luis Enrique got his tactics spot on in Seville. His team went out from the start looking to create chances and score goals, which is exactly what they did.No one can question the coach if Spain’s performances continue to be this good going into next summer’s European Championship.

Sergio Canales and Sergio Ramos were the latest players to fall to injury during this international break, both doing so in the first half. The muscular problem picked up by the Real Madrid captain will be of great concern to Zinedine Zidane going into next week’s Champions League fixture away to Inter.

On this form, Jose Luis Gaya could well be one of the best left-backs in world football.The Valencia defender set up goals for Ferran and Mikel Oyarzabal against Germany, showing his attacking qualities to everyone watching.