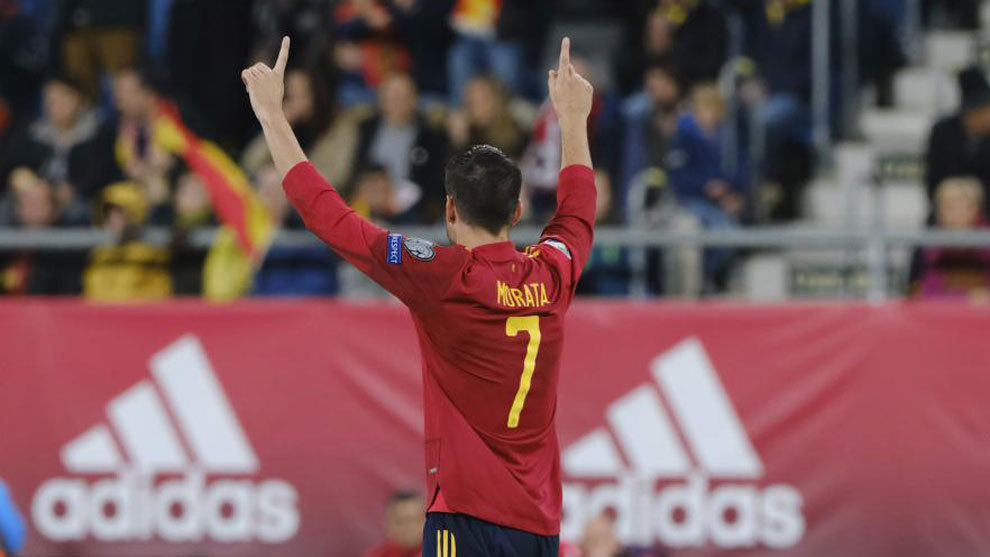 Alvaro Morata has returned to the Spanish national team rejuvenated. The forward has found his form again since rejoining Juventus this past summer.

Having earned his place back in the Spain setup, the forward was chosen to attend Friday’s press conference ahead of Spain’s game with Switzerland, a match in which Morata is expected to start.

“I’m feeling well, as I was in Madrid,” Morata said. “I’m lucky that I’ve been treated well everywhere.”

Morata has matured in recent years and he is no longer that boy who used to drop his head at the first sign of things going badly for him. Atletico Madrid allowed him to grow and the goals have returned, something Juventus are now seeing.

In Basel, Morata is keen to repay Luis Enrique’s confidence in him with goals. He didn’t score against the Netherlands, which suggests that he’s due a goal. He has a goals to games ratio of one in two for Spain, with 17 goals in 34 games.

“I’m going things well,” Morata added. “I’m the same person, the same player. But, in the end, being on the pitch changes things and if you play then you have more peace and time to think when you have the ball.

“Being here is fundamental. When a squad is announced I always have my phone in my hand to see if I’ll be there or not. I’m happy with everything Luis Enrique is asking of me, because it shows that he believes in me.”

“Of course I want to be the national team’s forward,” Morata said, smiling.

If he is to hold down that place, he will want to get on the scoresheet against the Swiss.