Spain Discussed his difficulties at Chelsea 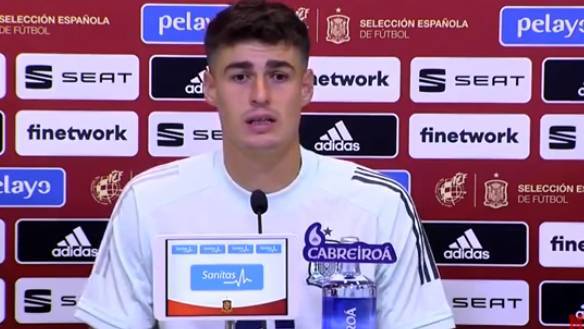 Kepa Arrizabalaga has had a difficult time since moving to Chelsea and has been forced to the bench due to the signing of Edouard Mendy.

Yet Kepa is still confident and has been called up to the most recent Spain squad.

Speaking to the media in a press conference with the Spanish national team, the goalkeeper addressed his complicated situation at club level.

“I feel good, strong and confident,” he said.

“Maybe I’m not in the ideal situation, but you have to go through things like this during a career.

“I am confident that I can turn the situation around.

“When I have the chance to play, I’ll try to do so as well as possible.

“Obviously, all footballers want to play.

“But I’m just thinking about the day to day, not the medium-term or long-term.”

For this week, that means his focus is fully on the national team and on competing with David de Gea for minutes.

“The closest thing right now is the national team and I’m thinking about that,” Kepa said.

“I feel strong and very good with the national team and with Chelsea.

“With Spain, we have three goalkeepers and the level in the goalkeeping position and in all positions is very high.

“It’s always something to be happy about when you’re called up to play for your national team.”

The Spain coach Luis Enrique also had his say on Kepa’s situation during his own press conference.

“I’ve spoken to him and I think he is doing good,” Luis Enrique said.

“You cannot separate the human from the player, but he is good and mature.

“He knows that what has happened isn’t the end of the world.

“This is a moment to see what he is made of and I think he’s doing good, as he is happy, motivated and training very well with us.”