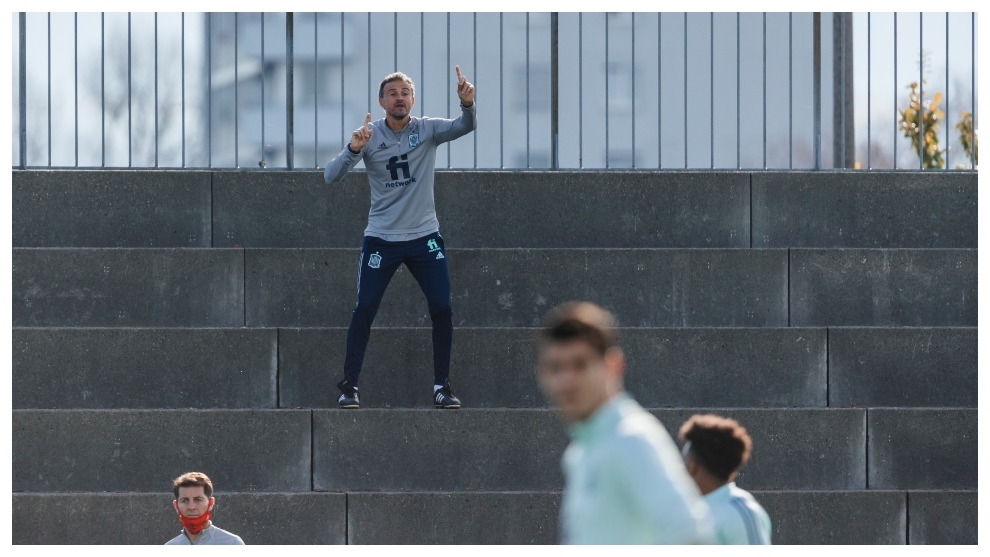 Luis Aragones was the last Spain coach to oversee profound change in the national team. It took him 22 games in charge to repeat an XI, not doing so until the World Cup in Germany back in 2006. In 54 games in charge, Aragones used as many as 48 different line-ups.

Now, Luis Enrique is facing a similar situation, but with one important difference. The difference is that Luis Enrique has a clear idea of how to play, meaning the faces might change but their instructions won’t.

Spain’s 1-1 draw in Switzerland on Saturday left the coach pleased. His post-match comments were true as his side pressed high and this is exactly what he wants to see from his players.

Germany are next up for La Roja on Tuesday and reaching the UEFA Nations League’s final four is the priority. Nothing will change in Luis Enrique’s orders, with the Asturian adamant that his way is the best way for his side.

Against the former world champions, Spain will have to iron out the flaws they showed against the Swiss. Mistakes were made on Saturday that cannot be repeated and they need to be more clinical in attack.

The rate of goals scored given their dominance isn’t great, but Spain were well on top against Switzerland. They had 66 percent of the ball and completed 88 percent of their attempted 748 passes. The high press won back 37 balls on the night as well.

Spain don’t have a ruthlessness in front of goal. They had 20 chances to score, seven on target, and had to wait until the last minute to draw level against Switzerland. Sergio Ramos had more of those shots than Luis Enrique would have liked considering he is a defender, totalling seven, of which two were missed penalties.