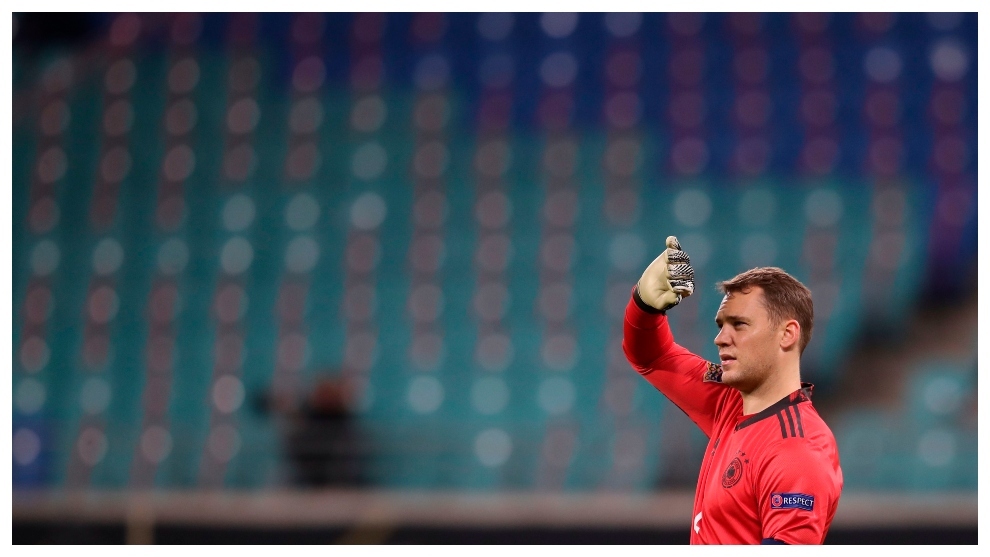 Whilst there has been some debate over who would Marc-Andre ter Stegen should have already taken the Germany no.1 spot off Manuel Neuer by now, the fact remains that the Bayern Munich stopper remains Joachim Low’s preferred choice, and ahead of the clash with Spain the former Schalke goalkeeper has confirmed that it’s part of the La Roja tradition to have strong goalkeepers.

This comes at a time when Luis Enrique has a decision to make between David de Gea and Kepa Arrizabalaga, providing a third option doesn’t suddenly emerge ahead of the European Championship in the summer. De Gea has picked up his form dramatically of late, whilst Kepa has lost his place at Chelsea to summer signing, Edouard Mendy. “Spain has always had great goalkeepers,” Neuer explained to the press. “This is their tradition, and that hasn’t changed. “No matter who plays, they’re all very talented and play for great teams.”

Leon Goretzka has emerged as the player Bayern Munich hoped they were getting from Schalke of late, especially after the emergence of the COVID-19 pandemic, within which the German midfielder increased his muscle mass significantly. “Leon is playing at a great level,” Neuer confirmed. “He is doing very well with Bayern Munich and here with the national team. “He is very important to the new generation, he helps us a lot.”

Neuer reflected on his own career, which has seen him win every possible honour bar the European Championship with Die Mannschaft. “It’s been a long journey, but I’m so happy to be able to continue playing at this level,” Neuer added. “I just want to enjoy games and help the team. I don’t look at the number of matches I have.”