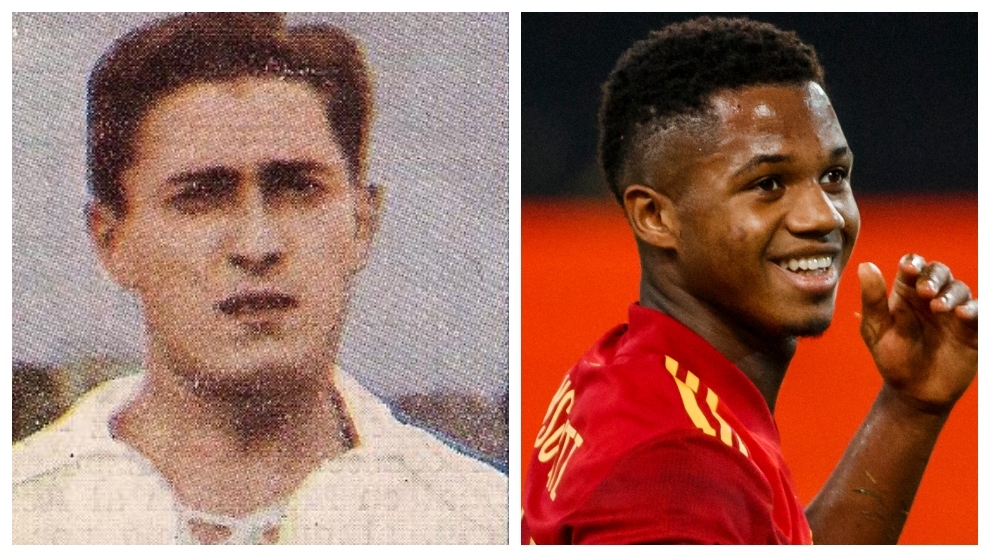 After seeing a goal against Germany ruled out during the week, Ansu Fati became Spain’s youngest ever goalscorer as he scored their third goal against Ukraine on Sunday evening.

A Sergio Ramos foul meant that his header in Stuttgart didn’t stand, but the Barcelona forward made sure that he didn’t have much longer to wait as La Roja hosted Ukraine at Real Madrid’s Estadio Alfredo Di Stefano.

Spain led inside three minutes through a Sergio Ramos penalty, which was won by Ansu Fati himself and the Madrid captain added a second shortly after.

Then, after the half hour mark, the teenager took centre stage. Squaring up to a Ukraine defender on the edge of the area, he shifted the ball onto his right foot and fired across goal to find the net via the foot of the post.

With the strike, he became Spain’s youngest ever scorer at 17 years and 311 days old.

Juan Errazquin had previously held the record at 18 years and 344 days old with his goal on June 1, 1925 against Switzerland, when he bagged a hat-trick.

A year has passed since he scored his first goals for Barcelona’s first team, and Ansu Fati just keeps on growing.