Tottenham bagged an equaliser almost immediately after Manchester United opened the scoring from the penalty spot thanks to some awful defending from the Red Devils.

In the third minute of the tie, the ball was floating around United’s box after a throw-in, Eric Bailly failed to clear the danger before Harry Maguire shockingly headed the ball back towards his own goal.

The clearance ended up being wayward, leaving Erik Lamela to wrestle with Maguire and Shaw – paving the way for Tanguy Ndombele to scoop up and blast the ball into the back of the net from close range.

? – ‘Maguire and Bailly make a right mess of it between them!’#MUFC’s defenders will not want to see this again…? 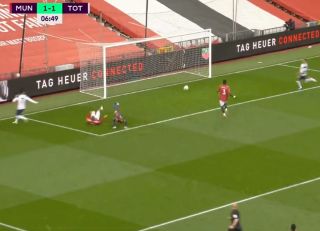 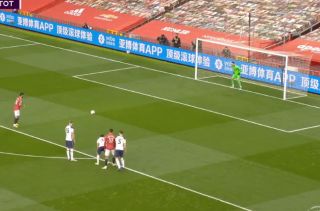 Another example of United’s lacklustre defending comes just a day before the transfer deadline, but have the Manchester outfit left it too late to recruit a much-needed new centre-back?