News that the takeover of Newcastle United is getting close has seen current manager, Steve Bruce, put a marker down in terms of his future at the club.

Rumours continue to do the rounds concerning Mauricio Pochettino taking over at St. James’ Park once Mike Ashley has vacated the premises, and the Daily Star even report Ossie Ardiles as suggesting that the Argentinian has a ‘good offer’ from the prospective new owners.

Whilst the outlet also note that Bruce isn’t aware of future plans, he believes he is the right man to bring back the glory days of the Kevin Keegan and Sir Bobby Robson eras.

“If it’s good for Newcastle — and the club are going to try to compete with these (Champions League) teams — to be part of it would be great,” Bruce said, per the Daily Star.

“I’d back myself, of course I would.”

According to The Sun, the Premier League have found no reason why the prospective new owners shouldn’t take over the Magpies, and once funds have been approved, an official announcement, expected around June 1, can be made.

How long Steve Bruce remains in his position after that is anyone’s guess.

Sat May 23 , 2020
Instagram Toni Kroos might be better off sticking to football. The German midfielder picked up a golf club while at Real Madrid’s Valdebebas training ground and didn’t offer much hope of a second career. In a video he shared on Instagram, Kroos was devoid of technique and accuracy as he […] 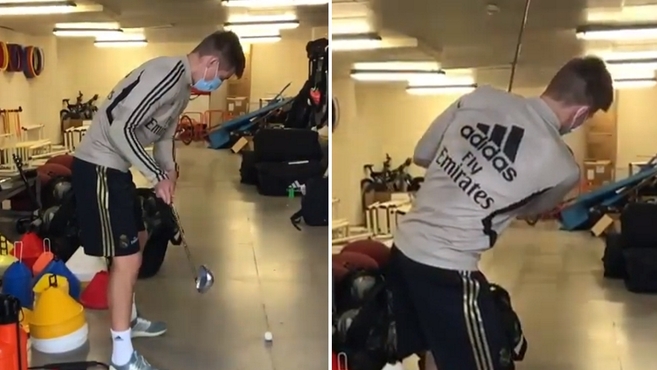